Ellis Kimball, a 16-year-old student at Berkeley High School (BHS) who struggles with severe anxiety, has anticipated every way that her world could potentially end, from an ash-spewing volcano super eruption to failing her driving test for the third time. Kimball stockpiles food and resources, hoping that when the day of the catastrophe arrives, she will be prepared to survive. What Kimball never anticipated was meeting Hannah Marks in her therapist’s waiting room. While Kimball prepares diligently for the apocalypse, Marks has prophetic dreams about it. Naturally, the two became inseparable as they worked together to decipher Marks’s dreams, a process which forever changes Kimball’s life and world.

This poignant foundation for a story belongs to Let’s Call It a Doomsday, the latest book by the acclaimed author of Heretics Anonymous, Katie Henry.

What makes Let’s Call It a Doomsday especially relevant for BHS students is its connection and setting in Berkeley, Henry’s own hometown. Henry herself graduated from BHS in 2008, and she was very devoted to the school, particularly the Jacket, even becoming its editor-in-chief. “I felt like Berkeley High was never represented by the books and movies about high school, so I wanted to write one to mirror my own teenage experience,” Henry said. But the process wasn’t easy — she said that there were even times when she had to convince her editor that things that happened at BHS could actually happen in real life.

Because Kimball was based off of Henry’s own experiences, her train of thought, habits, and even the tiniest nervous actions are especially accurate, making her anxiety very vivid [and] real.

As she had wanted, Let’s Call It a Doomsday ended up drawing from many of Henry’s own experiences as a teenager in Berkeley. “There is a level of independence we had while growing up in Berkeley that is truly unique,” Henry said, and she wove this freedom into her characters’ lives throughout the story. Acceptance was another special aspect of her Berkeley childhood that she wanted to capture. “We grew up spending a lot of time talking to people who were in many ways very different from us,” Henry said.

Let’s Call It a Doomsday also tackles the hefty theme of faith, or as Henry puts it, “beliefs, and really strong beliefs.” Kimball is a member of the Mormon Church. While Henry herself grew up Catholic, she said that the two faiths shared many similarities, both being conservative sects of Christianity.

While Kimball is devout in her beliefs, she also questions some of their tenets. For example, the church is against LGBTQ+ people, and women are barred from joining the priesthood. “These are things that Ellis, like any Berkeley kid, would find wrong, and it angers her,” Henry says. But these topics are also evident throughout Kimball’s character development. Throughout the book, Kimball struggles with conflicting beliefs. For example, she is questioning her sexual identity, which goes against what her faith can accept.

Above all, Henry wanted to reach out to her teenage readers with an important message. “I want them to know that it is perfectly normal to go to therapy,” she said. In writing the book, Henry hoped to start a discussion about the stigma of talking openly about mental health problems, particularly anxiety. However, Henry recognized that it can be very painful to talk about, even for herself. While Kimball was the character whose struggles she related most to, Henry said she felt that made it somewhat scary to write about her. “Having anxiety means that our brains tell us things about ourselves that are really hurtful. So it’s difficult to open up about that,” she explained. Because Kimball was based off of Henry’s own experiences, her train of thought, habits, and even the tiniest nervous actions are especially accurate, making her anxiety very vivid, real, and possibly even painful for readers.

Henry said that the process of writing the book taught her a lot. She was offered a multi-book deal for two standalone novels, meaning that she had to write the rough draft in only four months. “It taught me about letting go, and that a work of art is never going to be perfect,” Henry said. All in all, Henry is grateful for the experience. “Writing this book was truly a homecoming for me,” she said. 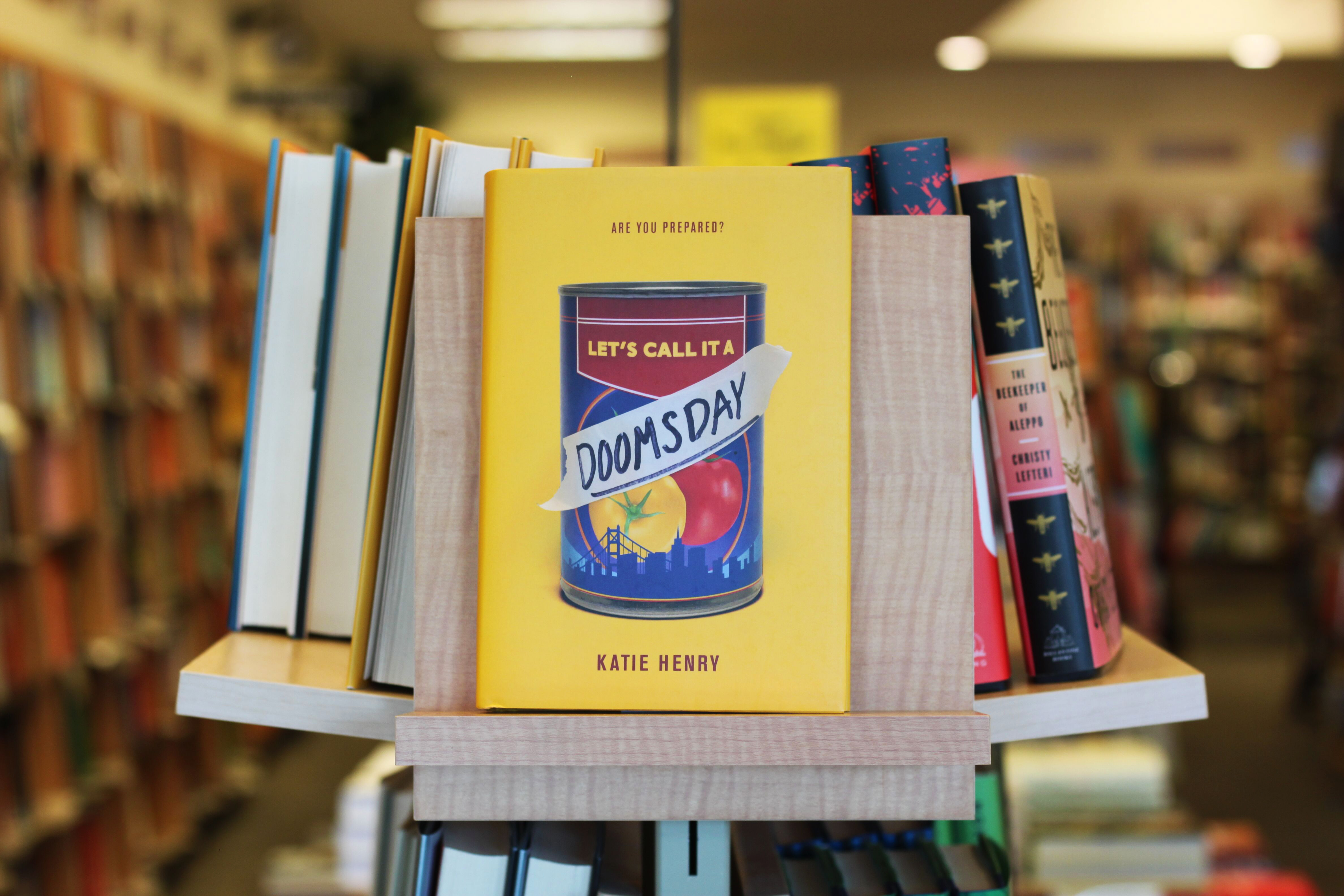