The Bay Area Book Festival is a weekend-long event that takes place every year here in Berkeley, CA. Thousands of avid readers and hundreds of authors gather together to showcase the latest, strongest storytellers and their new projects. Vendors line the streets of Downtown Berkeley and across Civic Center Park, selling not only books but book related crafts, from bookmarks to jewelry featuring literary favorites.

The festival was a space for all ages, ranging from activities and stands geared towards elementary schoolers and even toddlers to opportunities for teenagers to be involved with the festival proceedings. “Youth were involved heavily this year!” said Scott Gelfand, Chief Operating Officer for the festival. “We had high school poets, presenters, and volunteers. We had high school and middle school moderators running author talks and asking the questions to a panel of authors,” he added.

Among the other events at the festival was the 2019 Young Authors’ Writing Contest, where high school students responded to a prompt about communication and how we interact with each other, both verbally and non-verbally. There were 3 prize winners for each division, which consisted of freshmen/sophomores, and juniors/seniors. The first prize winner for the younger division was Merit Onyekwere from Middle College High School, with her story “Five Times Then I Catch Myself Alive,” about being the daughter of Nigerian immigrants. For the older division, Cindy Xin from Albany High School took the blue ribbon for her work titled “Lake Water.”  The winning stories can be read on the Bay Area Book Festival website.

This contest was just one of many events allowing youth and teenagers to share their stories and voices at the fair. The festival also works with groups of students throughout the year. “We do a year long program with Native American high schoolers from Sonoma, who write their own stories about what life is like today as a Native American, and then they get the chance to tell their story on stage at the festival,” Gelfand explained.

The festival also provides a space for authors and writers to discuss the topics of their books, and their larger impact on the world. “I love that we are bringing deep, meaningful conversations about important issues of our day to our community,” said Gelfand.

One example of this was shown in the the Keynote Event hosted by the Festival, called “Enough is Enough: Fighting Economic Justice,” where authors Anand Giridharadas, Robert Reich, and Kat Taylor discussed the economic inequality that is especially present in the Bay Area.

“We talk incessantly about inequality. I don’t think any place in America talks more about this problem, exemplifies this problem, more than the Bay Area,” former Secretary of Labor and author Robert Reich said.

Giridharadas elaborated on this idea, expressing the Bay Area’s impact on the rest of the world, and some of the negatives it could bring. “Every century you have a new power center in the world that rises- a Rome, an Athens- that shapes how people are going to live for a long time, and there’s no question that that thing in our time is here [in the Bay Area],” said Giridharadas, author of Winners Take All: The Elite Charade of Changing the World. “This is the place that is inventing how the world is going to be for a long time. And it is therefore incredibly alarming… that it is a place of homelessness at the scale that it is, and also staggering elite arrogance,” he added.

The Bay Area is a leader amongst cities in America, but it still has its issues. Giridharadas then went into a story of his recent twitter fight with a Silicon Valley investor that tweeted “Anybody who learns how to code has a 0% chance of being homeless in America.”

Oh, the arrogance. Giridharadas covers all this and more in his his aforementioned book, which details how the rich and elite powers take charge of creating social change — except for when it threatens their position atop of the social order. Along with this good read is Robert Reich’s The Common Good, where he makes a powerful stance on the moral obligations of America.

Both books were available for purchase as the audience filed out of the large theater, after the inspiring speech by the Keynote speakers transformed how we viewed society and inequality in the U.S.

For one weekend each year, the Bay Area Book Festival transforms Downtown Berkeley into a celebration of all things literary, allowing space for everyone from families, high schoolers, and authors to participate and share their ideas. 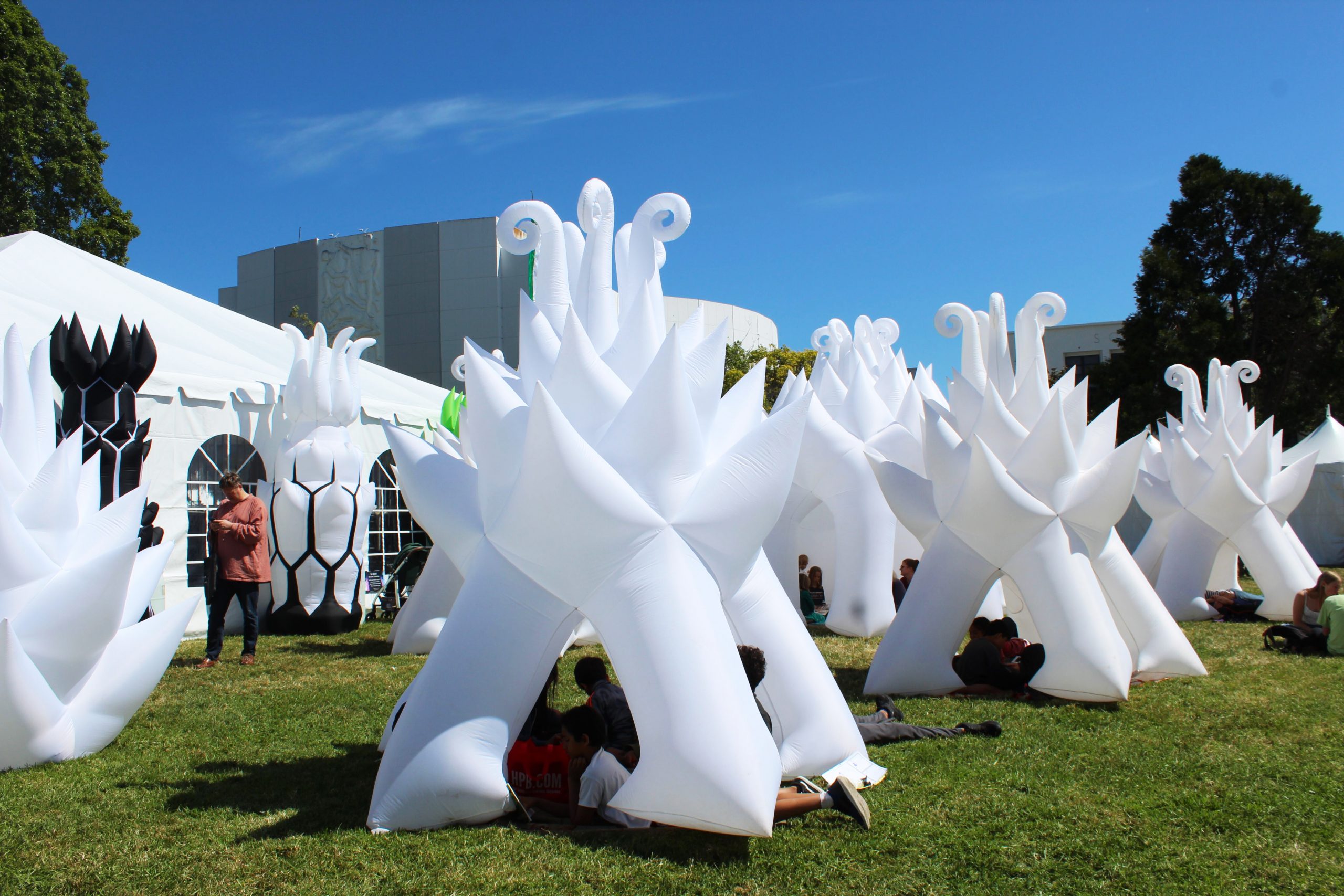