High School can be a frustrating time to be politically active — old enough to have opinions, but too young to vote. Only a fraction of Berkeley High School students will be eligible to vote in the upcoming presidential election, and among students, voter turnout is usually low.

However, it might be safe to assume, based on the school’s culture of outspokenness and advocacy, that student turnout in the Bay Area is not insignificant. Even students who are not yet able to vote are becoming involved in the democratic process by participating in the Alameda County High School Poll Workers Program.

High school students who are legally United States residents and will be sixteen years old at the time of the election are eligible to apply for the program, which includes training and compensation. Working at the polls is a strong addition to student resumés, can count towards community service hours, and can be included on college applications as an extracurricular activity. According to Alameda County, poll workers are responsible for tasks including “setting up … the polling place, assisting voters, closing the polling place, [and] counting ballots.”  So, although youth workers may not be able to vote themselves, they play an integral role in facilitating local voter turnout.

Anna Goodman, a BHS senior who will be a high school poll worker for the upcoming election, explained that even those under eighteen should recognize that “politics affects all of us despite age.”

Being informed and aware of national and local politics is a civic responsibility, and Goodman says that high school poll workers are often “more prepared to vote when [they] turn eighteen” because of their experiences.

Nadia Gardizi, another Berkeley High School student poll worker, agrees that “it’s important for high schoolers to be involved in politics, regardless of whether they are able to vote yet or not” because even non-voters are affected by the outcome of elections at the local and federal levels.  Furthermore, it is key to the democratic system that people “become familiar with these processes and our country’s political system.”  For Gardizi, working at the polls will provide the opportunity to learn more about the political process.

It is incredibly important for students, as new voters, to remember that this election season is about more than just voting for a  new president.

Although Clinton and Trump have dominated conversations about political change,  local ballots  deciding propositions and measures in the Bay Area are not insignificant.

While federal politics often takes the main stage on the news, staying informed about local politics is equally important. For student poll workers, political activism and participation in their own community makes the important point that every single vote counts. 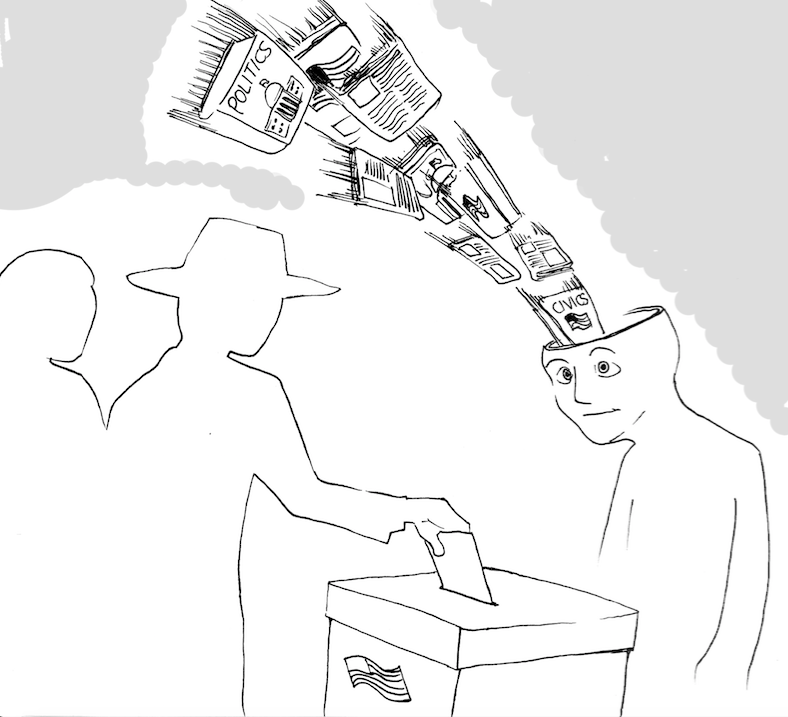