For as long as many Berkeley High School (BHS) students and teachers can remember, Red and Gold Day, formerly known as Rally Day, has been a beloved tradition. For others, however, the final day of Spirit Week is dreaded. The day was created to enhance school spirit and promote unity. Most are aware of the fact that the day has strayed far from its original purpose. In the halls of BHS on the day in question, one can observe each class howling their graduation year wildly, with expressions like “Turn up or Transfer!” and “Bow Down!” written in red or gold ink on people’s bodies and signs. After school, at Martin Luther King Jr. Civic Center Park, in this year and years past, there have been bottles thrown, fights between students, and hundreds of students parading through the streets surrounding BHS, completely stopping traffic. Many of these behaviors have not ebbed over the years, and remained prevalent during Red and Gold Day this year.

Read more after the gallery

Red and Gold Day has not always been what it is today, though. According to a Jacket article from 1930, the first BHS rally was held on January 24 in order to show support for the basketball team. Benette Williams is a BHS French and Spanish teacher, and has been teaching at BHS for almost 53 years, longer than any other teacher. She also went to BHS as a student, and recalls Red and Gold Day as being more about the school’s rivalries with other high schools as opposed to each grade trying to one-up each other. She describes the way Red and Gold Day was when she was a student as being “about rivalry between Berkeley and El Cerrito. It was like Cal and Stanford. The day of the rivalry football game people would actually build floats, not exactly rose bowl quality, but floats nonetheless.” She remembers, “The nature of (Red and Gold) Day started to shift away from football after I had graduated, and was already teaching at BHS. I don’t remember exactly when it became more of an internal competition, but it really started to change in the mid-90s when many high school students seemed to be less interested in football.” Williams said she is fond of the day as an idea, recognizing it as a time for students to be proud of their school, and “let some of their energy out.”

Aside from floats, other traditions have taken hold in the long time that Red and Gold Day has existed. According to a 2012 Jacket article by Farah Otero-Amad, BHS students were eagerly awaiting for the annual cross-grade dance competition on Red and Gold Day. The senior team was the favorite to win in 2012, as that same team had led the juniors to win over seniors the previous year, for the first time in BHS history. While the competition aspect has since faded out, both students and teachers continue to perform dances at the Unity Week assembly each year.

Red and Gold Day was known as “Rally Day” for the majority of its existence. The name change to “Red and Gold” occurred when BHS brought the day back, after a short two year hiatus. It wasn’t celebrated at BHS for those two years because of many reasons, one of which being a group of juniors and seniors parading up Kittredge street, smashing car windows and jumping on the roofs of cars. This caused the school and the students’ families to have to pay severe compensation for all the property damage. The school brought the day back after seeing low school spirit, and that many students wanted it to return. By calling the day “Red and Gold Day” and referring to the week prior to the day as “Unity Week,” BHS hopes to break the culture of destruction and drugs that surrounds it.

Read more after the gallery

Some people think that this takes away from the excitement of the event, but others, like BHS graduate August Noe think that it is a good decision by the school, and will enhance school spirit while being fun and safe. Noe is a big fan of Red and Gold Day, saying it “is one of the few days of the year high school students can be really proud of their school, and feel unity with their classmates.” Noe graduated BHS in 2019, and was a freshman the year that Red and Gold Day was brought back. Noe said that he was told that Rally Day was originally cancelled because “thirty or forty juniors and seniors paraded up Kittredge and stomped on and smashed the windows of the cars on the street. I understand why admin cancelled the day, to try and figure out if it was actually good for the school and the students.” Since it has been brought back, many of the aggressive and irresponsible behaviors have not ceased.

According to Philip Halpern, a lead teacher in Communication Arts and Sciences (CAS), even with this history, this year’s rally was particularly alarming. “This year had more pointedly inappropriate, dangerous behavior than any Rally Day we’ve seen in years,” Halpern said.

On Red and Gold Day, it is considered a tradition by some to be under the influence at school, and often, that is the source of the irrational decisions people make. This year, it was announced via email that any people under the influence of drugs or alcohol would be suspended as well as possibly lose letters of recommendation for college. The hope that these penalties will dissuade students is just one of the measures admin has to take to keep students safe.

Williams said, “Above all, we just want the students to be safe, that’s why we have to handle this so strictly. We just want you all to be safe and smart.”

The following clip was published by the Jacket in 1930:

On Friday, January 24, a rally was held during Period 3 between the Academic and shop buildings. This meeting of the BHS students was held for the purpose of stimulating interest in the Berkeley-Hayward basketball game.

The president of the student body, Stuart Barnett, was the first speaker, and he gave the reason for the gathering of the students. “Chili” Bertoli, the unlimited team’s captain, spoke a few words about the prospect of the game, and after a few peppy yells, Coach Eadie spoke to the student body about the team’s good looks. 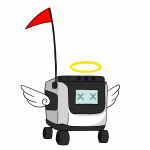