By joining Super Tuesday states, California is now much more influential, with a greater impact on how national candidates choose to proceed with their campaigns. California holds the largest number of DNC delegates, with 415 to distribute to the candidates based on their polling percentages. Super Tuesday encompassed 40 percent of the US population, with California making up over a third of the available delegates.

Statewide, Bernie Sanders won with a large margin. When the results were first published, Sanders had won 186 delegates in comparison to Joe Biden’s 148. With 94 percent currently reporting, it is clear that Sanders will win California. In the days leading up to Super Tuesday, both Pete Buttigieg and Amy Klobuchar suspended their presidential campaigns and endorsed Biden in hopes that their support could help unify the Democratic party.

On Thursday, March 5, Elizabeth Warren suspended her campaign as well due the fact that on Super Tuesday she did not receive the number of delegates she needed in order to stay in the race. She has yet to announce her endorsement for a presidential candidate in 2020.

In Alameda County, voters had a much shorter ballot than in past years. Proposition 13, a statewide bond measure that would allow the state to distribute $15 billion throughout the public school system, was defeated, much to the dismay of many public school communities.

The three Berkeley Unified School District (BUSD) ballot measures, E, G, and H, all passed comfortably. Measures E and H are both parcel taxes that are dedicated to raising teacher salaries and maintaining school facilities, respectively. Measure G is a bond measure with an attached tax on the assessed value of Berkeley homes, in order to upgrade BUSD infrastructure, install solar panels, and create an updated parking structure for Berkeley High School.

Polling places opened statewide at 7 AM and closed at 8 PM. In Alameda County, polling stations are located in every neighborhood. Anyone can apply to work at the polls, including students. Each polling precinct is run by one inspector and at least three other poll workers who attend a training meeting before election day.

Isadora Hester, a BHS senior, worked at the polls and said that it was “a unique experience that allowed me to get involved with the voting process before I can even vote myself.” Hester stated, “People hadn’t realized that they were registered as vote by mail voters and had not received a ballot and so it caused a lot of confusion.” Similar types of issues arose countrywide, as many voters claimed not to have received their vote by mail ballots and therefore had to vote provisionally.

Kieran Sullivan, a junior in Academic Choice, worked at the polls from 6 AM to 10 PM on Super Tuesday. His polling place was located in a church, and Sullivan thought it was “run efficiently, and everyone I worked with was doing their job well and working hard.” However he said, “The way the polling station was set up was inefficient because people didn’t understand where to go and were frustrated a lot.” Some tasks that Sullivan was assigned included distributing ballots, answering questions about the voting process, and handing out stickers. According to Sullivan, the hardest part of being a poll worker was “figuring out what everyone needed as far as ballots, especially because most people wanted to get in and out of the polling station as fast as possible.” Although it was a chaotic day, both Hester and Sullivan plan on being poll workers again in future elections as they found it to be a rewarding experience. 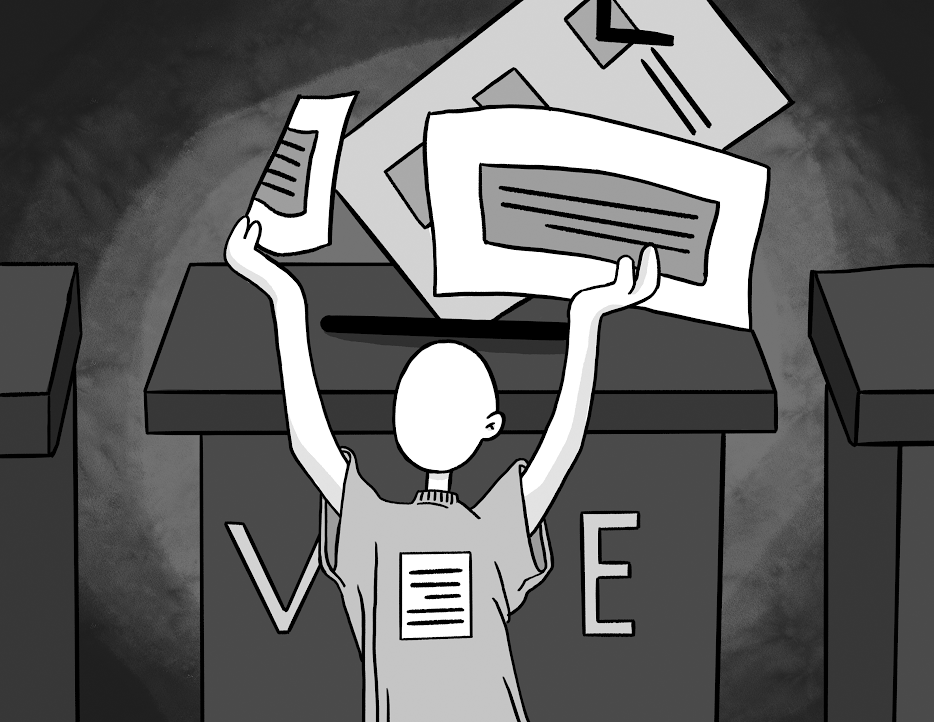