Bay Area Rapid Transit (BART) is engaged in a lawsuit with the contractor that worked on the renovation of the Downtown Berkeley BART plaza. BART is asking that the contractor, USS Cal Builders, pay $2.4 million due to the prolonged delays in finishing the project, which was completed 455 days later than the original end date set.

The original improvement plan, which was first approved on April 14, 2016, with a budget of $7.6 million, was delayed five times due to repeated miscommunications that led to conflict between the contractor and several subcontractors. Construction began a few months later in the fall of 2016 and was supposed to last for about a year. Instead, the new BART plaza opened in October 2018, nearly two years later, and cost BART $13 million.

BART officials believe that USS Cal Builders did not have enough workers on site to complete the construction work on time.

This sentiment was echoed by Simone Arpaio. Arpaio is the co-owner and manager of Almare Gelato, a small business located directly in front of the construction site. “The whole original structure was torn down by two people as far as I remember. It wasn’t enough people working, they were not fast enough,” Arpaio said.

BART officials were also upset that while the project was in progress there was sometimes no contractor on site. USS Cal Builders attributed this to leadership turnover within the company.

While harsh weather conditions, including heavy winds and rains, in the winter of 2016/17

hindered progress on the site, BART allocated 58 extra days for completion. Disputes between BART and USS Cal Builders over what days were determined as “rain days” also ensued.

According to USS Cal Builders, the delay in the end date was due primarily to BART officials frequently c h a n g i n g t h e i r preferences about the plaza’s construction. Over the course of construction, BART requested 55 change orders (work that is added to or taken away from the original scope of the contract) and executed 31 of them. USS Cal Builders also accused BART of paying them up to ninety days late on each installment.

The delay in the opening of the plaza hurt many small businesses, such as Almare Gelato, which is located right on the new plaza. “Gelato is based on foot traffic, and when you lose foot traffic, you lose business,” said Arpaio. According to Arpaio, the construction took away all of the store’s parking spaces, which was problematic for business, since Almare Gelato caters to other restaurants and businesses in the Bay Area. During construction, their delivery trucks had nowhere to park. Arpaio also mentioned that there was a spike in violent crime, especially at night in the narrow, poorly lit corridor between the shops. “The bottom line is if we had known that it would have been two years of construction, we would have acted differently. It was a big disruption. We had to let people go,” Arpaio said.

“If we had known that it would have been two years of construction, we would have acted differently.”

However, now that the plaza is f inished, Almare Gelato has seen a huge increase in business. “This is like a restaurant row where there are four or five spots to eat,” said Arpaio.

One of these restaurants is Sliver Pizzeria . “People want a quick bite and they come here,” said Sliver employee Mauricio Hernandez.

The new plaza is home to weekly musical performances and community activities. Arpaio hopes that people will continue to use the plaza both as a venue to eat and to spend time with one another. He believes the new plaza could serve as an important social gathering point for the whole community of the city of Berkeley. “Because of how attached we are to technology and to virtual interactions, I think that using a space like this for actual, real interactions is a great instrument,” Arpaio said. 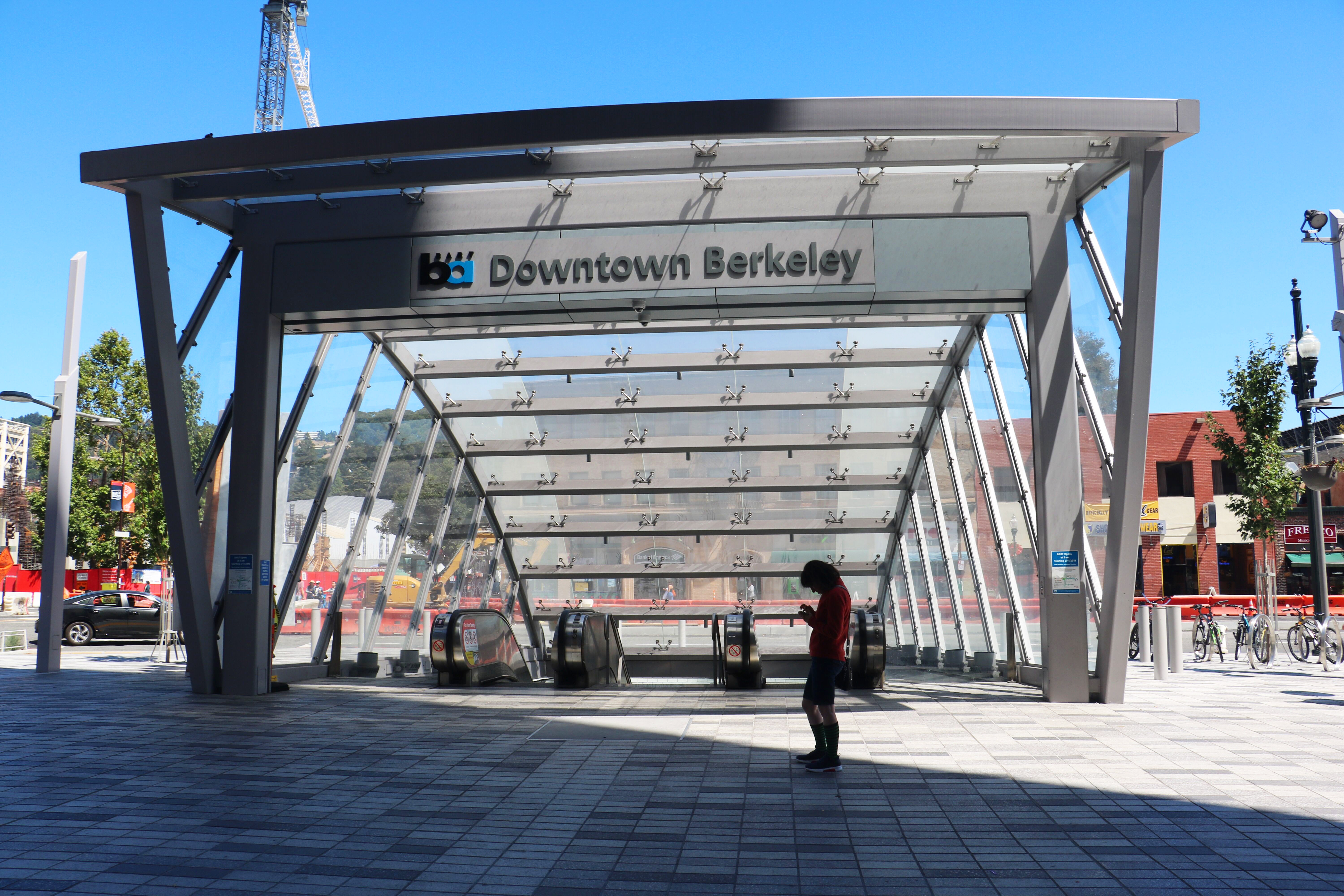