Beginning in the summer of 2020, the Berkeley High School (BHS) Florence Schwimley Theater and the classroom wing of the A-Building will undergo major renovations.

The main goals of these  renovations — which are projected to take about two years to complete, are to make the A-Building and theater seismically safe, improve accessibility, and create more classroom space.

Future phases of the plan have yet to be fleshed out, but they may include reducing seating in the large BHS Community Theater (BCT).

The project is scheduled to be completed in two phases. The estimated cost of the first stage of the renovations is $38 million dollars and will be funded by Measure 1, a school facilities bond enacted in 2010. Measure 1 allows the district to borrow $210 million over 47 years to fund facility improvements.

One of the main focuses of the renovation of the classroom wing of the A-Building is  improving accessibility for people with disabilities.

“Part of the issue with the A-Building that’s really important for people to understand is accessibility for people who may be in a wheelchair or otherwise disabled and unable to move easily up and down stairs,” said BHS Principal Erin Schweng.

According to Schweng, in order to improve accessibility all floors will be “leveled out” so that there are no non functional floors or more than one staircase leading up to each floor. The remodel will include two main floors and a basement with elevator access, as well as wider doorways.

As well as making the A-Building more accessible for people with disabilities, renovations to the A-Building will also double the current classroom space and add a drama light lab, a recording studio, a scene shop, and a digital design classroom.

Dora Drake, a junior and a student in BHS’s dance lab, appreciates being able to rehearse on the BCT stage, but would like to see more lockers for dance classes and more accessible bathrooms in the A-Building.

Drake shared that “the boys’ locker room is really ugly and no one uses it, so I think if they could make it usable it would be useful because there aren’t enough lockers in the girls’ locker room for everyone.”

The BCT, which, with 3,500 seats, is one of the largest theaters in Northern California, may also undergo interior and seating renovations in the second phase of the project. Berkeley Unified School District (BUSD) aims to reduce this number by 800 to 1,200 seats at some point in the future.

“There’s just not the infrastructure for [a theater with 3,000 plus seats] in the city … the seats are too small and there’s no place to park,” said BHS AP and IB Music Theory teacher and band director Karen Wells. The seats of the BCT are also very rarely completely filled due to security reasons and lack of large enough events.

This proposal has been met with some opposition from the community given both the theater’s status as a historical landmark and the theater’s history as a popular performance venue. “I think that the community should get past of that sense of ‘we have

One of the main concerns about the renovation is ensuring that the limited space and conditions created by the project won’t inhibit students from learning and having “meaningful experiences.”

to keep it the same’ because I don’t think it’s good for the students to have it remain the way it is,” said Wells.

During the renovations, the 17 classes held in the A-Building will be relocated to various locations around BHS campus. According to Schweng, some classes will be moved to other classrooms, some will share classrooms with other teachers, and some will be held in portables on the blacktop near the football stadium.

However, these potential relocations were met with dismay from BHS students. “Our whole studio is in the A Building. It’s a giant studio, and I don’t think that there’s another studio that large in this area. So I think that will cause some problems because, where are we supposed to go?” said Drake.

According to the BHS Arts Program Vice Principle Carrie Berg, one of the main concerns about the renovation is ensuring that the limited space and conditions created by the project won’t inhibit students from learning and having “meaningful experiences” during their time at BHS.

Schweng also expressed concerns about having a long-term construction project take place on campus. “It will have ramifications for entering the A Gate, there will be construction vehicles on Allston Way and machines on the sidewalk … I’m worried about small things that seem small now, but will feel big, like noise and dust,” said Schweng.

Despite these inevitable challenges and consequences, Drake is optimistic about the theater’s future. “Obviously I won’t be there for it and it will cause problems for the next year. But I do think that it will benefit the upcoming students so I hope that it would be worth it,” she said. 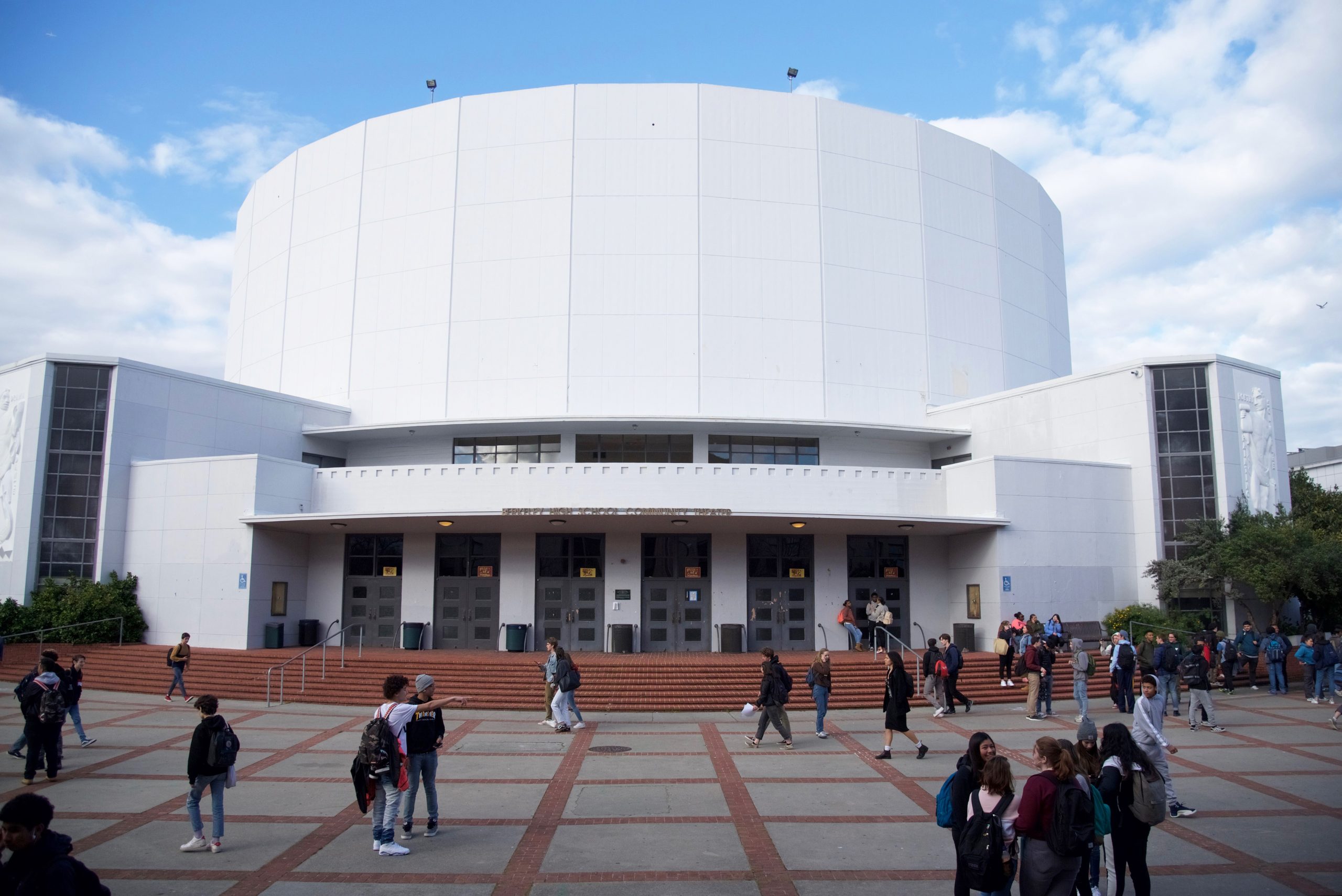