The City of Berkeley announced the institution of Green Monday on Earth Day, April 22. Green Monday is a requirement that all meals served at city facilities, council meetings, and events held on Mondays be free of animal products.

Gaumenkitzel owner Anja Voth stated that one of the organizers supporting Green Monday came to the restaurant asking if they would like to join the initiative, and her team agreed without hesitation.

“We support Green Monday one hundred percent,” Voth said. “We ourselves practice every day a zero waste kitchen and beyond. Green Monday can and hopefully will be a role model for other institutions to implement such plant based food day.”

Green Monday is a national organization run by the Factory Farming Awareness Coalition (FFAC), and it is aimed at encouraging communities to make healthier choices for both themselves and the planet. The organization also aims to foster more sustainable eating habits — with a strong emphasis on vegan diets — in future generations through encouraging eating patterns that support food grown with little carbon emissions.

Berkeley became the first city in the nation to adopt Green Monday, but according to FFAC Director of Strategic Partnerships Amy Halpern-Laff, the organization has teams talking to Councilmembers in other Bay Area cities.

Hannah Kinder, the Green Monday United States program coordinator and director of institutional campaigns, said that she is currently speaking to several cities around the country, and that her team speaks with dozens of businesses and schools every week who want to bring in more sustainability initiatives to their day-to-day operations.

Kinder believes that Green Monday is special — primarily, it allows people to make the largest possible positive impact on the environment in a way that feels familiar and accessible.

“We are always working towards bringing Green Monday to other locations,” Kinder said. “Green Monday is designed to be flexible and accessible to all, making it appropriate for any workplace, location, or situation.”

Along the same vein, Green Monday does not need to be held on Mondays. The organization also offers meal plans for organizations that want to observe religious days. Examples include Green Fridays, Green Sundays, and Shabbat Yarok, which means green Shabbat in Hebrew.

The resolution was introduced last September by Berkeley Councilmembers Cheryl Davila, Sophie Hahn, and Kate Harrison. On September 13, the Berkeley City Council voted unanimously to adopt Green Monday citywide, with their resolution stating, “scientific analyses have shown that one of the most effective ways for a person to reduce their greenhouse gas emissions is to reduce or eliminate their consumption of meat and dairy.”

Davila officially announced the launch of Green Monday at Berkeley Earth Day at the David Brower Center, a nonprofit center located in Downtown Berkeley, along with an annual celebration offering dozens of vendors sharing their eco-friendly products and services, educational and inspirational talks from experts and environmental activists, sustainable food, a film festival, and more. Green Monday was one of the sponsors of the event.

According to Halpern-Laff, she had been thinking about the resolution for several months but as soon as the Berkeley City Council passed the Climate Emergency Declaration last June, she immediately wrote it. “I had been educating the council on the impacts of our food choices, so by the time the Resolution came up for a vote, it passed on Consent,” she said.

Kinder believes that Green Monday is special — primarily, it allows people to make the largest possible positive impact on the environment in a way that feels familiar and accessible.

“Not everyone can buy a Tesla or put solar panels on their home, but most people eat daily. Green Monday educates folks on their impact and power to make a difference every time they sit down to eat a meal,” she said.

Kinder went on to note she believes Green Monday has the potential to bring together communities through their passion to make a difference and increase sustainability measures. Green Monday also encourages those people that have the ability to make changes in their lives to help communities that are suffering the most consequences as a result of climate change.

To Halpern-Laff, the educational component of Green Monday is at least as significant as the immediate meat and dairy reduction, and she is excited about the posters and book lists being displayed at public libraries and community centers in Berkeley.

She hopes the team will pledge to eat plant-based lunches on Monday. She also wants students to educate their peers by tabling at local events, giving short presentations after getting trained by the organization, as well as showing short videos about climate change and green eating.

Kinder thinks that it is important for community members, especially students, to know that they have more power and influence than they realize, and that it is possible for them to bring sustainability-based changes to their school, university, community group, or city.

“We are facing huge shifts in our climate, and we all have the opportunity to take action and speak out for a more livable future. Green Monday is a great way to start that conversation and start implementing positive behavior changes,” Halpern-Laff said. 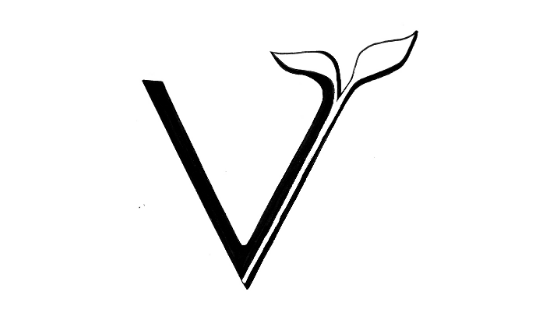