A new bike share program will place hundreds of bikes at installed local bike stations available to members of the Berkeley community.

The Bay Area Bike Share, a local transportation system structured around bike stations strategically placed around urban and suburban areas, is expanding to the East Bay.

Operated by Motivate, an American firm that provides similar bike services to major cities around the country, the program is the first of its kind on the West Coast, and while now centered in San Francisco and the South Bay, it is set to flood into the East Bay throughout the next year.

Users set up an account with the program, and when they need a bike, they can pick it up at a local station, use the bike, then return it to another station.

Paolo Cosulich-Schwartz, an employee in the company’s media department, gave the rundown of the program.

He continued, “It’s about getting people outside. It’s about promoting health and recreation. It’s about reducing our climate impact.” Cosulich-Schwartz, who grew up in Berkeley, is very passionate about the program, and said that the expansion to the East Bay is very close to his heart.

The expansion will take place in three stages and will focus on Berkeley, Emeryville, and Oakland.

The program is coordinating with elected officials, city agencies, neighborhood associations, and many more public offices to ensure that the stations meet neighborhoods’ goals and values.

Cosulich-Schwartz said, “We work very closely with educated staff in every city.”

They do this to create the most efficient and well placed stations, as well as to ensure consistency of stations throughout the respective cities.

However, they aren’t exclusively working with these higher levels of local government. They have also launched a webpage open to the public, its sole purpose being for the public to request the locations of the program’s upcoming stations.

A key objective of their expansion is to bring bike share stations into historically underserved neighborhoods in the East Bay.

Cosulich-Schwartz said, “We have a commitment through the FTC (Federal Transportation Committee), to place at least twenty percent of our stations in disadvantaged communities  … These are communities that have particularly low income and can be mostly minority as well.”

Though they are only committed to twenty percent, Cosulich-Schwartz said, “We are excited to share that through two stages of planning and hundreds of new stations, over fifty percent of those stations are in designated communities of concern.”

A core value of the Bay Area Bike Share is promoting equity through access of cheap, progressive, and quality transportation.

The company is also doing more to alleviate the gap in access to the bike share program. Cosulich-Schwartz said, “We just announced that we are going to offer a first year membership of five dollars for anyone who qualifies for discounted energy rates.”

This means that if one qualifies to get a reduction of their energy bill from PG&E, the local energy company, their first year with the bike share program would be five dollars.

They are also making the money payable in cash, allowing residents who don’t have access to a computer or credit card to join the program.

The stations will create a pathway of transportation throughout the far reaches of East Bay neighborhoods and communities.

It is truly a massive influx in transportation opportunities for these areas. He said, “It’s a real opportunity to reach neighborhoods that a smaller system might not be able to get to or that have been neglected by present or other infrastructure as well as lack of investment.”

Rebecca Hummel-Moore, a Nurse Practitioner who lives in South Berkeley, stated, “I have seen programs like that when I visited other cities like Chicago and Los Angeles.”

She was very intrigued when she learned that a similar program, the Bay Area Bike Share, would not only be moving into the East Bay, but even into neighborhoods on the far reaches of our cities.

She said, “I grew up in a small college town in Northern California, and I had to walk everywhere or take the bus, which was always a long ordeal.”

She thinks that giving people an opportunity like this is really special, and though she has a bike already, she is definitely open to giving the program a try.

The Bay Area Bike Share program plan will bring over 1,400 new bikes to the East Bay by Spring of 2017.

The program partnered with TransForm, a Bay Area  organization that promotes accessible transportation, to educate the Berkeley community about the Bike Share program and publicize the program. 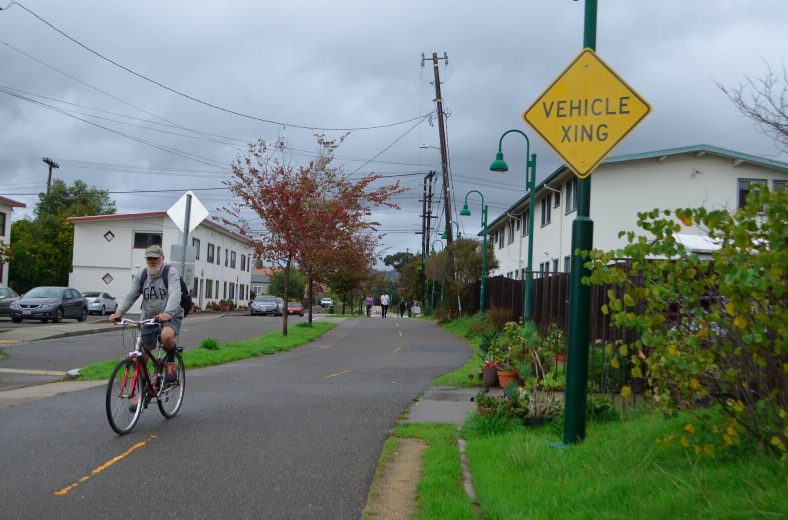