On Tuesday, January 21, roughly 10 of Berkeley Police Department’s (BPD) and Bay Area Rapid Transit’s (BART) police officers gathered in the Berkeley Bowl Cafe for their monthly event known as “Coffee with a Cop.” This concept was created by an organization under the same name. According to the organization, “Coffee with a Cop brings police officers and the community members they serve together — over coffee — to discuss issues and learn more about each other.”

Upon arrival at the Berkeley Bowl West Cafe, the officers from both forces installed small tables with flyers and what they referred to as “swag.” Intrigued cafe customers wandered over to ask a wide variety of questions. Many would consider seeing so many officers in uniforms with handguns strapped to their hips having a casual coffee with the people of their communities a rather strange sight considering how intimidating many people tend to find police officers. However, despite these common conceptions, the officers themselves hope that them being seen interacting with people in a more casual way will benefit everyone.

“I absolutely think it’s important. It’s vital, you know, just coming together as non-judgmental, non-confrontational, and just really kind of having coffee, and really talking to people trying to get their concerns out, where people don’t have to judge, just listen,” said Tanzanika Carter, area commander of the BART Police Department. Carter, who is in charge of the police activity throughout BART stations in Contra Costa County, said, “I love to talk to people. I’m a community type of person, I’ve always been that type of person. So it’s nice to come out and to hear what people have to say; what kind of concerns they have and what comments they have, how we can improve and make ourselves better for our department. And so I want to be available to the public, because I am a servant, and so I want to hear what people are thinking about … how we can improve and make it better.”

Officers of both police departments continually mentioned the importance of creating bonds with members of the communities they protect and serve with pride. Lieutenant Kevin Scofield of the BPD believes that these monthly events are the best way of getting to know the people within the community and allow them to gain a better understanding of what the people want. “It’s an opportunity to engage the community in a non-crisis scenario. We often encounter people at times where they have great emotion, anger and things like that. So this gives us the opportunity to meet with people in a one-on-one, very low-key and casual [environment]. This is a way for us to show our ability to answer questions and get to know the community and have them get to know us.”

Scofield also believes that allowing citizens to ask questions about current events involving law enforcement is crucial for the communication between the civilians and their police forces. This includes more personal cases such as neighborhood affairs or things that are deemed not of great enough magnitude or emergency for a call of service, but still require a more in depth response and information by an officer.

Discussions during the event were not only limited to officers talking to civilians. Many of the BART and Berkeley officers conversed with each other, sharing stories and comparisons. “We try to partner with other agencies since BART goes through the other’s jurisdictions. We’ve been partnering [with the BPD] for 4-5 different occasions now,” said Carter regarding why the two organizations decided to host this event together.

Overall the atmosphere was lighthearted and laid-back, creating sentiments of friendship that many do not often feel when in the presence of masses of police officers. However, they are the sentiments the officers hope more people will feel while interacting with law enforcement.

The officers felt their event was successful and did not believe there were many possibilities for improvement. Despite there being hardly any citizens at the Berkeley Bowl Cafe with the specific purpose of attending the Coffee with a Cop, Michael Sherman, who used to teach US History at Berkeley High School and retired in 2006, attended the event with his grand-son. Sherman has been working as part of the Police Committee for 14 years. He mentioned how he found himself in physical quarrels with the police rather frequently in his youth, but his view of law enforcement has drastically changed over the years. “Coffee with a Cop” is just one of multiple recent efforts with the goal of mending the community-cop relationship damaged by  police brutality. 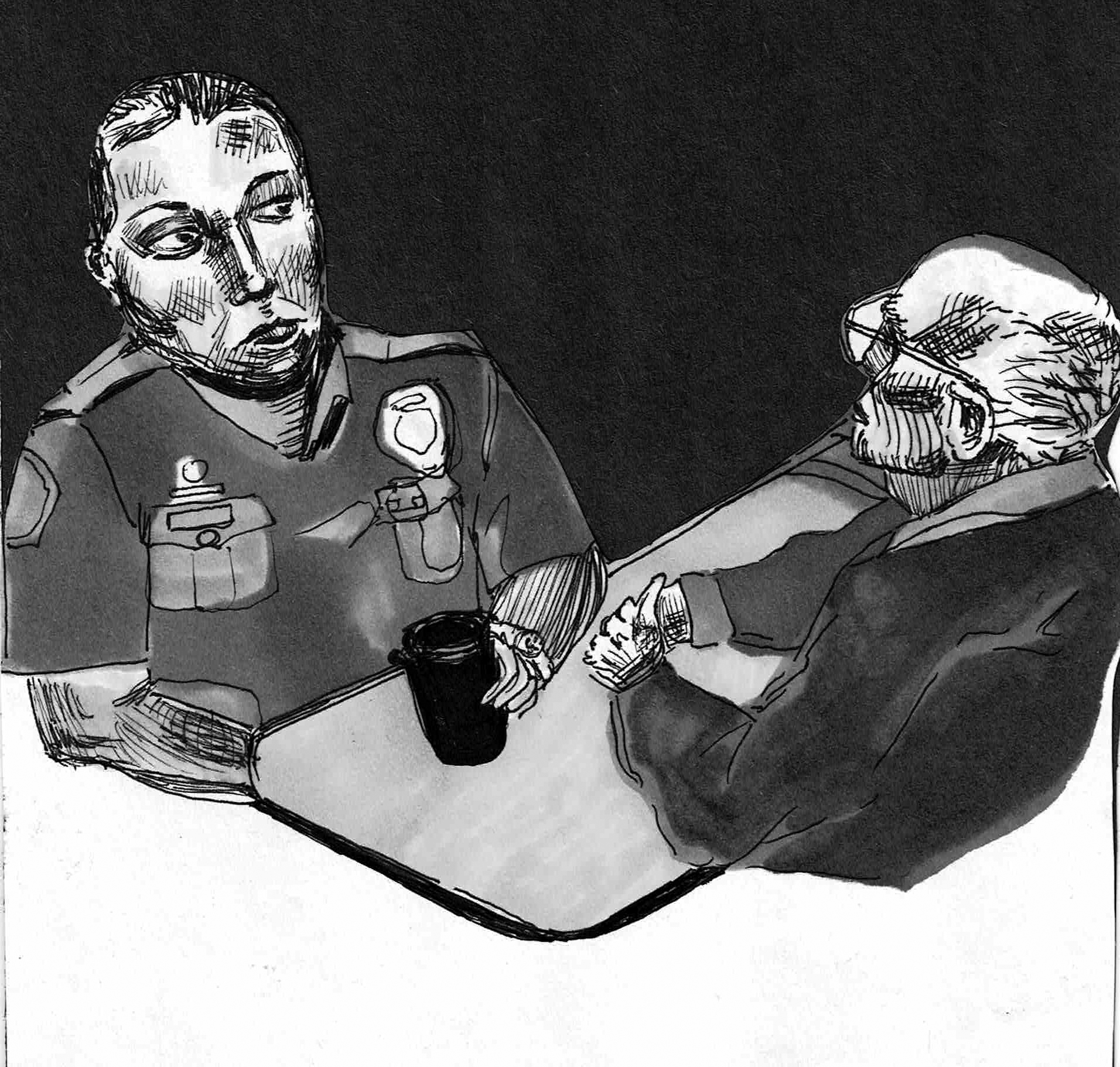