On Thursday, October 24, Karen Korematsu visited Berkeley High School (BHS) to speak about her father’s involvement with Japanese American incarceration during World War II. Her father, Fred Korematsu, was a civil rights activist who objected to the internment of Japanese Americans in the 1940s. After refusing orders to report to an assembly center, his case was taken to the Supreme Court, which ended up ruling against him. However, he was awarded the Presidential Medal of Freedom in 1998 by President Clinton

Karen Korematsu’s talk was given to Berkeley International High School (BIHS) seniors. Korematsu spoke about a variety of topics, ranging from her own childhood, to the importance of knowing American history, to her father’s experiences and wisdom.

Korematsu ended her visit urging students to stand up against injustice with what she believed her father would say if he were there: “Remember to fight. Protest. Not with violence, otherwise they won’t listen to you, but always remember to speak up.”

Many audience members thought Korematsu’s talk was powerful and inspiring. BIHS senior Isabel Kakehashi said, “What really struck me about Karen Korematsu’s speech is that in it she talked about how around one third of the people who were incarcerated were below 18. Her comment that really stood out to me was that there were people graduating from high school behind barbed wire. It really opened my eyes to the fact that this incarceration was happening to people that were my age.”

Kakehashi also shared what she believed was most valuable about Korematsu’s presentation, saying, “You were able to see the parallels between Japanese American incarceration during World War II and what’s happening right now with immigrants on the Southern border.”

The event was organized by BIHS history teacher Rebecca Villagrán. She was deeply inspired by her recent involvement in the Korematsu Institute’s Teacher Institute over the summer. She met Karen Korematsu at the institute, and invited the activist to speak at BHS.

Villagrán was a vital part of the incorporation of Japanese American incarceration into the BIHS senior class’s curriculum. Villagrán is very passionate about teaching about the Japanese American Internment during WWII, because she sees extreme parallels to today’s society.“I have the power of being a teacher and being able to really teach about this. Three years ago, this was not a topic that was being taught to BIHS seniors.”

Villagrán is very passionate about teaching about the Japanese American Internment during WWII, because she sees extreme parallels to today’s society.

Before founding the Fred T. Korematsu Institute, Korematsu revealed that she owned her own hotel and hadn’t necessarily planned to dedicate her life to this cause. She said: “We were at a conference in Los Angeles and [Fred Korematsu] said to me he couldn’t carry on and do this anymore; he was pretty frail at that point, when he passed away in 2005 he was 86 years old. He said now it was up to me to carry on with teaching and educating about his story and the Japanese American Incarceration.”

Additionally, Korematsu shared the impact she hoped to make on students during her talk: “I hope that I shared with them enough about my father, Fred Korematsu, to have them realize that one man made a difference in the face of adversity … All the students here at Berkeley High inspire me because I can see that I have this opportunity, and really I feel an obligation [to teach her father’s experiences to young people] because I am my father’s living voice. I try to encourage young people like you, because you are the future of our country.” 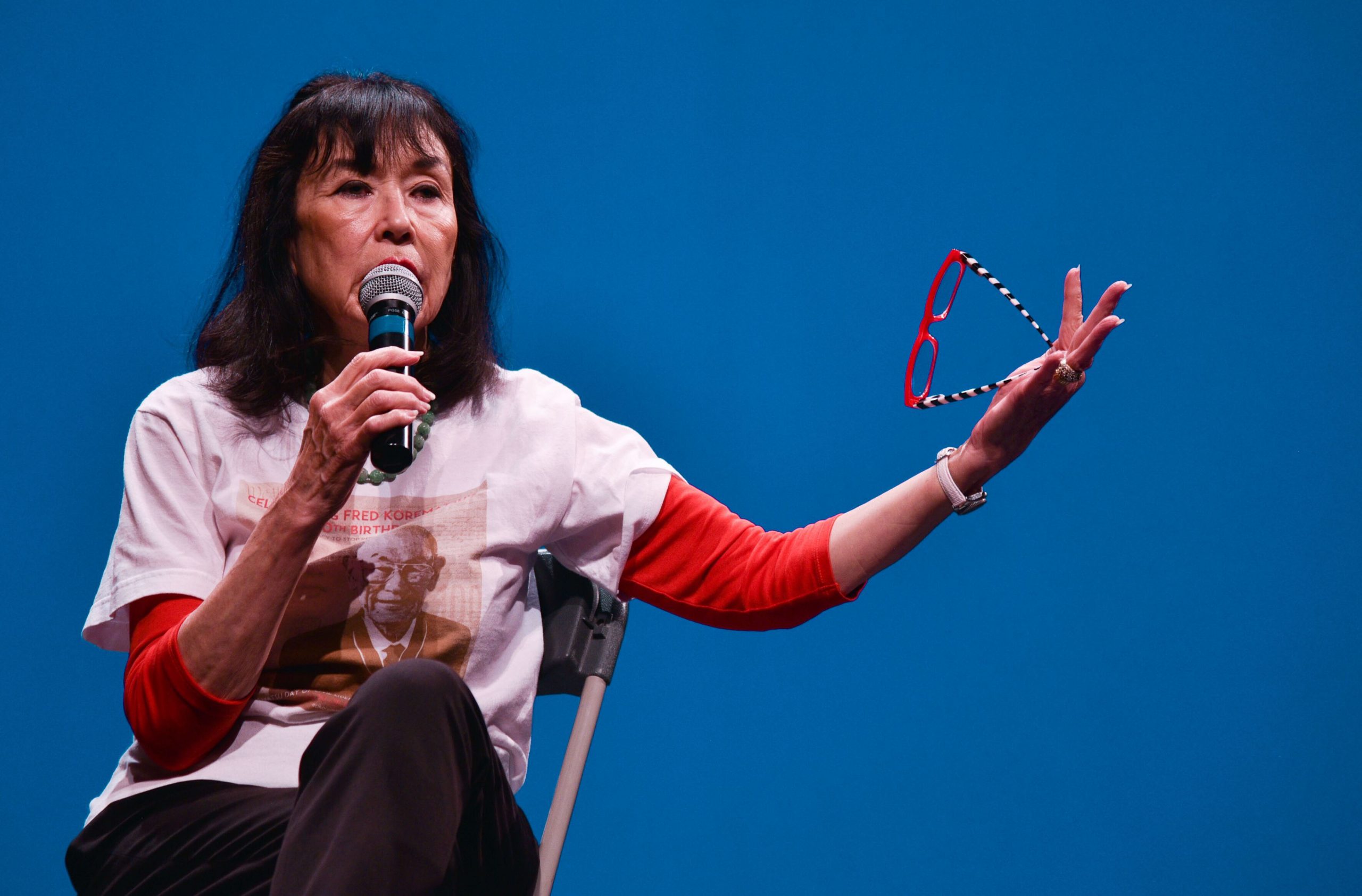