Over the past few months, the nonprofit organization Lava Mae, which comes from the Spanish for “wash me,” has been working with the City of Berkeley to provide mobile showers and other hygiene services to Berkeley’s homeless population. This plan has been discussed since 2015 and Lava Mae currently services two locations in Berkeley: the Progressive Baptist Church parking lot on Alcatraz Avenue and King Street and the corner of Second Street and Cedar Street.

The Lava Mae organization began five years ago when its founder, Doniece Sandoval, thought to convert a fleet of retired diesel buses into mobile shower stations for the Bay Area’s homeless population.

Lava Mae has since retired all of its original buses in favor of commercial trailers with room for additional shower stalls.

Each shower lasts about 15 minutes and includes hot water, towels, free toiletries, and sometimes a change of clothes. After each shower, the stall is cleaned before the next user enters.

As of this June, Lava Mae has provided showers for over thirty thousand people in the Bay Area and Los Angeles. Currently, Lava Mae’s services are available for homeless folks in the East Bay four days a week at seven different locations throughout Berkeley and Oakland.

The City of Berkeley’s homeless population has increased by 14 percent over the last two years. This number may seem small when compared with San Francisco’s rate of 30 percent and Oakland’s even larger increase of 47 percent, but over 1,108 people are currently homeless in Berkeley.

As the rate of homelessness in the city has increased. In 2018, voters approved a transfer tax, acting as a transaction fee on buildings sold for over $1.5 million. This has made six to eight million dollars available each year for homeless mental health services. Another tax measure, Measure O, creates a $135 million bond for affordable housing which has already generated enough funds for Berkeley to build its largest affordable housing project ever: the Berkeley Way Project.

According to Stephan Elgstrand, legislative aide to the mayor, Berkeley spends more funds per capita on homeless services than any other city in Alameda County. He says that “while any increase in homelessness is unacceptable, these numbers show that our investment to end homelessness over the past two years is beginning to make a difference for those living on our streets.”

Furthermore, the city is happy to delegate the provision of certain services, like mobile showers, to private organizations. According to Elgstrand, Berkeley enters contracts to provide funding for non-profits like Lava Mae when “the city does not have the bandwidth to provide the services ourselves.”

At first, the funding for Lava Mae’s mobile showers came from crowdsourcing. Now, Lava Mae is supported by the City of Berkeley and a collection of corporate donors, including Unilever, the transnational company behind brands like Axe and Dove, and Kohler, a bathroom goods manufacturer. Lava Mae even received a hundred thousand dollar award from Wells Fargo this year in celebration of the nonprofit’s fifth anniversary.

More than just a shower, Lava Mae aims to use hygiene to return dignity to those who find themselves without homes. Kris Kepler, senior director of programs and impact at Lava Mae, said that “regular shower access not only allows people to get clean and stay clean, but it restores their dignity, boosts their confidence, and gives them hope.”

By providing showers and treating each guest with the same level of respect as any non-homeless person, Kepler intends to provide homeless people with “hope that they can interview for a job and get it because they’re clean on a consistent basis.” Kepler also explained how the showers provide homeless people with the hope that they “can survive the streets one more day because they have a safe and compassionate place to access ongoing hygiene service and hope because with regular shower service comes relationships and trust with those who deliver the service.”

Because the mobile shower model of Lava Mae has been so effective, others have attempted to replicate their services.

Over four thousand requests have come f rom 39 different countries asking for help in setting up similar services for their homeless population. In response, this year Lava Mae set up their “buildIT” platform which makes it easy for anyone, anywhere, to set up a mobile hygiene service in their community. This online toolkit has been downloaded over 2,500 times. Lava Mae hopes to bring its services to one hundred thousand guests around the globe by 2024.

Lava Mae continues to grow, but their founding mission of compassion and hospitality remains constant. As Kepler said, “the staff at Lava Mae sees our house-less neighbors as people, just like us, whom we’re honored to serve.” 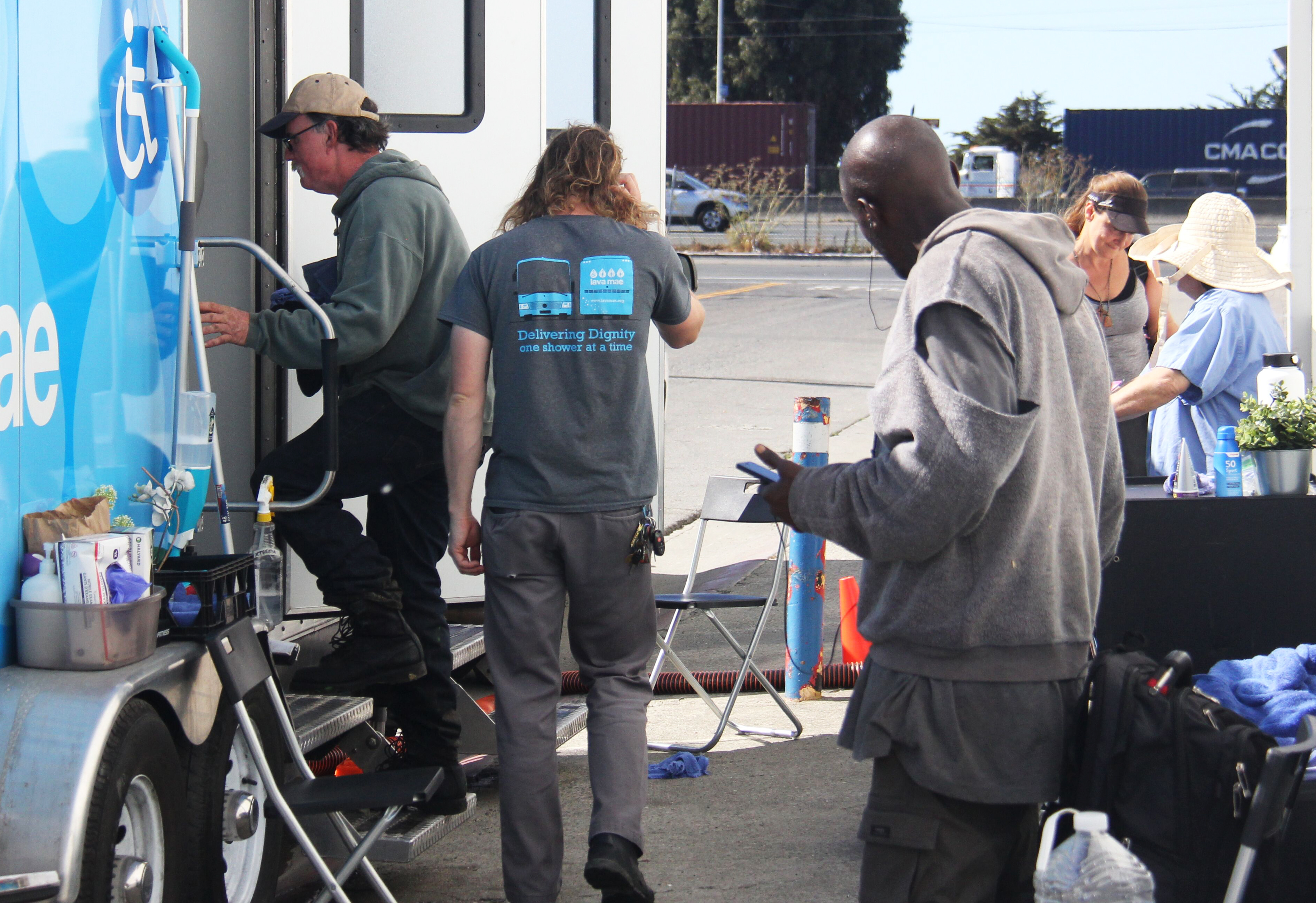