On December 6, hundreds of Bay Area residents and Berkeley High School (BHS) students baring signs marched through San Francisco’s Howard Street towards BlackRock Inc.’s offices in order to protest against climate change. BlackRock, a global investment management corporation based in New York City with approximately $6.5 trillion in assets under management, as reported by CNBC earlier this year, has been the target of many of San Francisco’s climate protests due to its substantial investments in a multitude of fossil fuel companies. Another motive to protest in front of BlackRock’s San Francisco headquarters was its support of the cattle farming industry in South America, which has engendered significant deforestation and

contributed to part of the Amazon fires earlier this year. As opposed to the Global Climate Strike that many students of BHS attended on September 20, this protest was specifically targeted at BlackRock. “Our protest of the San Francisco BlackRock office happened concurrently with protests and blockades of BlackRock offices in Washington D.C. and New York,” said Cedar Sklar-Luers, a senior in Berkeley International High School (BIHS).

The protest was organized by the organization Youth vs. Apocalypse, a group that Sam Saxe-Taller, a junior in Academic Choice (AC), is a part of. “We have tremendous power to influence our government and corporations that make decisions that affect the whole world and we need to seize that power,” Saxe-Taller shared with respect to the motives for the protest. Sklar-Luers echoed this sentiment, saying that “Attending protests and striking from school is a way in which we can take advantage of that opportunity if for nothing other than to take the day off school.”

The protests had numerous objectives centered around awareness. One of the most crucial objectives of the protest was to show companies with large, disproportionate amounts of power that the younger generation is prepared to stand up for itself and for others suffering from the devastating impacts of climate change across the globe. Despite major companies and  their CEO’s ultimately having the last word, the fight for change begins with normal people who are concerned about the harmful and destructive nature of these companies’ actions. “We need enough people to care so that we can force those CEO’s and world leaders to make real change. I care about the issue of climate change and I believe it’s the responsibility of those of us who do care enough to make our voices heard and try to show others why they should care,” Sklar-Luers said.

Furthermore, Youth vs. Apocalypse has reported that BlackRock, which currently boasts an asset portfolio worth more than double the Gross Domestic Product (GDP) of the United Kingdom, voted against new proposals backed by the Climate Action 100+ investor coalition. This is just one example of BlackRock opposing propositions to reduce emissions. “BlackRock is refusing to talk to anyone from Sunrise or Youth vs. Apocalypse [the two organizations in charge of the protest]. People are listening and paying attention and taking action on an individual level, but the corporations are not changing,” mentioned Rachel Pierce, a senior in BIHS.

Nevertheless, strength comes in numbers. Pierce made this clear by saying, “Going to the protests and climate strikes is crucial because that’s the reason that people pay attention. When it is one or two people protesting it doesn’t get much attention or news, but when millions of people strike worldwide, it gets attention and we start to see real change.” The concept of strength in numbers was furthered by Sklar-Luers who went on to discuss how the youth are not taken seriously due to their age. “We are constantly told that we will be the next generation of decision makers, but then are told by the very same people that we don’t know what we’re talking about when we try to voice our opinions,” said Sklar-Luers.

In order to combat climate change and coerce corporate giants such as BlackRock to begin listening to the demands of the general population, many young people are fighting for what they believe is right. As Pierce put it, “There are so many ways an individual can help, but that being said the climate crisis will not be solved with metal straws.” People like Pierce believe that to fully tackle this issue the younger generation must take it upon itself to save its own future. 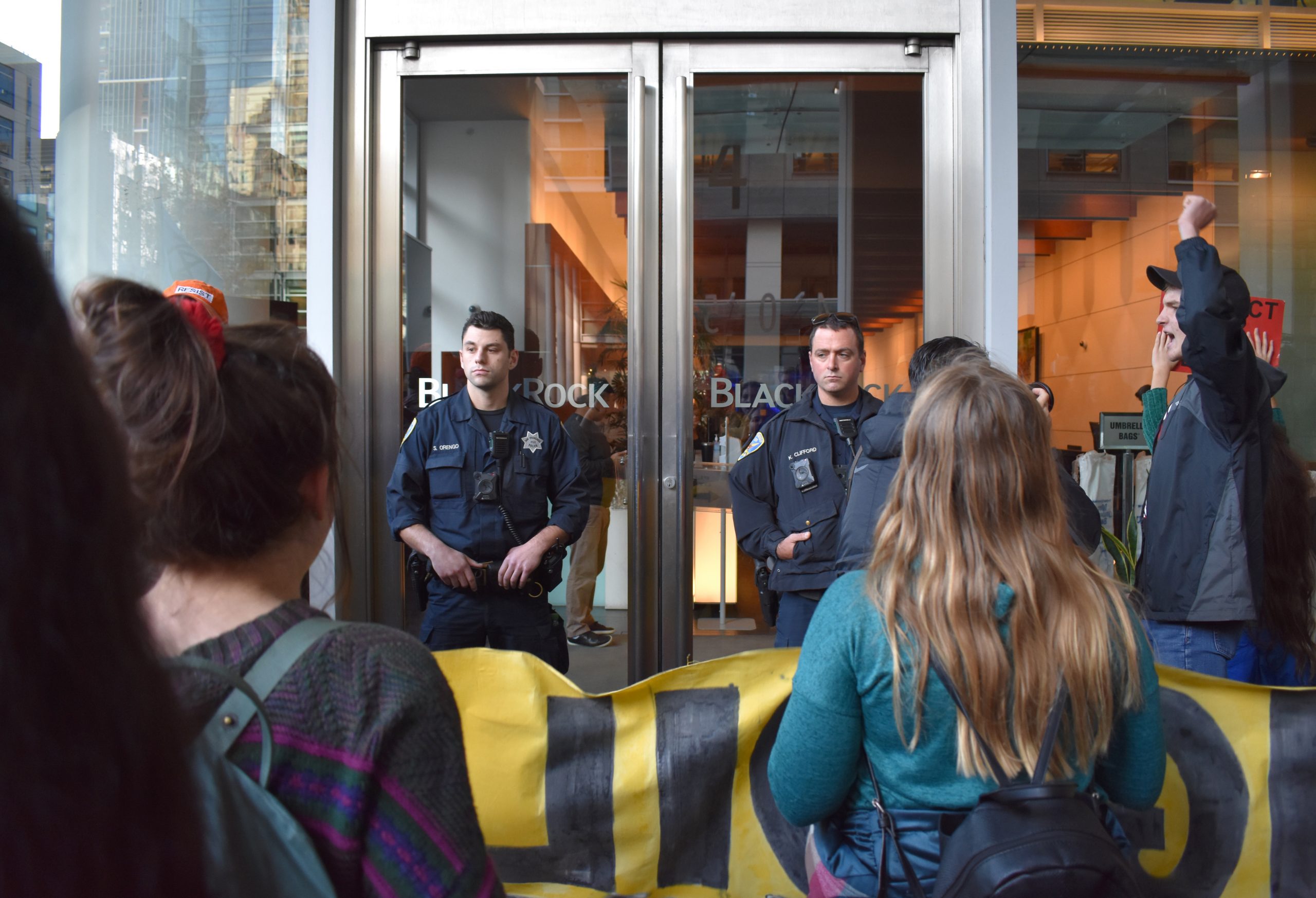