The event was hosted and sponsored by the Berkeley Forum, the Daily Californian, the ASUC, and the Graduate Assembly.

Press Chief & Head of Special Projects for the Berkeley Forum, Courtney Brousseau, spoke about the reasoning and justification of the forum. “[The Berkeley Forum] wanted to make sure that community members … had the opportunity to hear from the mayoral candidates on the issues so that they can make an informed decision on November 8,” stated Brousseau. He continued, “We were also hoping that the event would encourage more students and community members to register to vote and be engaged in local politics.”

Six out of the eight registered mayoral candidates attended the event: Jesse Arreguin, Laurie Capitelli, Ben Gould, Kriss Worthington, Guy “Mike” Lee, and Zachary Running Wolf. Moderators and those in attendance of the forum were given the opportunity to ask every candidate questions.

Though the candidates share similar, liberal views, defining attributes of the candidates appear in each of their plans to resolve the major issues facing Berkeley.

This year’s Berkeley mayoral election is different from the previous; in recent years, Tom Bates has dominated the position. He has been Berkeley’s mayor for the past fourteen years but has decided to step down.

The forum covered a variety of issues but focused on issues related to UC Berkeley, housing, and homelessness.

In regards to housing and development, the candidates had varied ideas on how to solve the issue.

Berkeley has been facing a housing crisis for many years. A nationwide study conducted by Wallethub found that the City of  Berkeley is tied for last place in terms of home affordability.

Arreguin said he would put pressure on UC Berkeley to create more housing for both undergraduate and graduate students to help with affordability.

“We do need to look into public and private partnerships and look into sites to better encourage housing construction,” stated Arreguin.

Because the forum was held on the UC Berkeley campus, many of the questions concerned UC Berkeley issues.

One of the issues discussed was that of safety on campus, as one moderator cited UC Berkeley as being the third most dangerous college in the US, according to Business Insider. Mike Lee stated that there should be a better relationship between the Berkeley Police Department   (BPD) and UC  campus police.

In regards to the BPD, Lee stated he would have a zero-tolerance policy on violent policing.

Gould said he would strengthen Bear Walk, a group of community officers for escort, as well as train them on sexual harassment protocol. 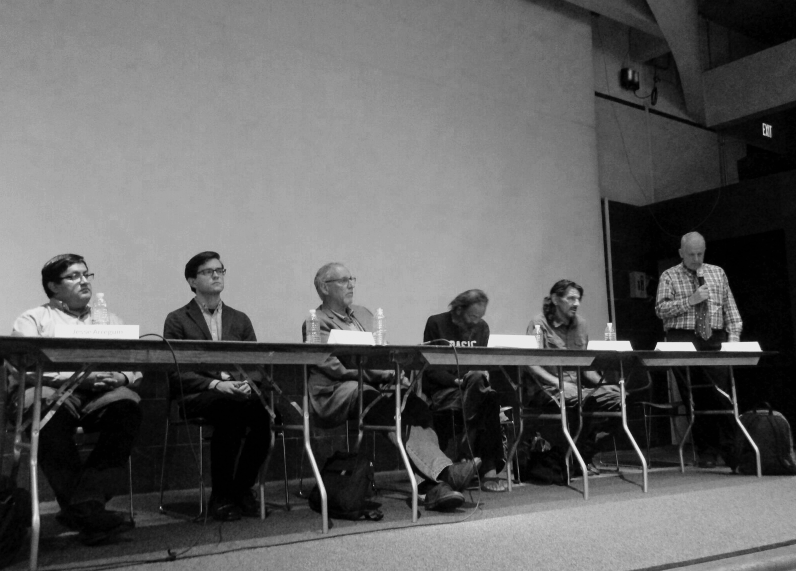