Humans have a tendency to separate themselves from the rest of the animal kingdom. When asked what makes us human, many will respond that it is our ability to use tools, form connections with others, or maybe just our opposable thumbs. Yet, Capuchin monkeys use rock tools to crack shells, swans mate for life, and certain frog species have opposable appendages. The 21st century has seen a new wave of veganism and animal rights activists, but how far should one take these forms of protests? Should we be fighting for the well-being of our pets and our livestock while people are being equally abused?

In order to answer these questions, let’s discuss Abraham Maslow’s Hierarchy of Needs. A psychologist of the 1940s, Maslow proposed the idea that human desires come in the form of a five-layer pyramid, starting with our most basic physical needs which we require for survival and slowly climbing up to the needs of socialization and power. Although this concept has been widely criticised, most experts believe there must be some truth to the idea that the more privileged we are, the higher our standards climb. At the peak of this pyramid lies Maslow’s idea of “self-actualization,” or completely realizing one’s true potential. This umbrella term includes things such as creativity, spontaneity, as well as morality.

While this may seem like an unrelated tangent I have gone on, ultimately, I believe you cannot empathise with other creatures, playing into your own sense of morality, without first having your basic needs met. In other words, as long as a large proportion of people are having to fight for their own survival, or that of their family, they will not truly and passionately, be able to fight for the well-being of other creatures.

The World Bank released an article stating that over ten percent of the world’s population lives on less than $1.90 a day. It seems rational that if you are scraping by, fighting every day to keep your family fed, very little passion and energy remains to fight for seemingly trivial things, such as animal abuse. In fact, in times of financial struggle, Americans often wind up turning to the cheap, easy multibillion dollar industry that is a driving force behind the growing rates of factory farm practices: fast food. Limited options certainly decrease the likelihood of someone choosing to go vegetarian, let alone vegan, which should not be seen as a purposeful counter protest on their part.

The right to protest often seems like a privilege when one cannot afford to take time off work, or pay a sitter. The truth is, without human rights activism, there can be no animal rights activism. So long as people need to fight for themselves, they cannot fight for the rights of other species, no matter how conscious and tortured they may be. Human instinct means putting yourself and your family first, which is not something anybody can be blamed for.

However, once you reach the socio-economic standing at which you have the privilege of aiding those in need, there is no justification for turning a blind eye to the suffering you are a witness to. 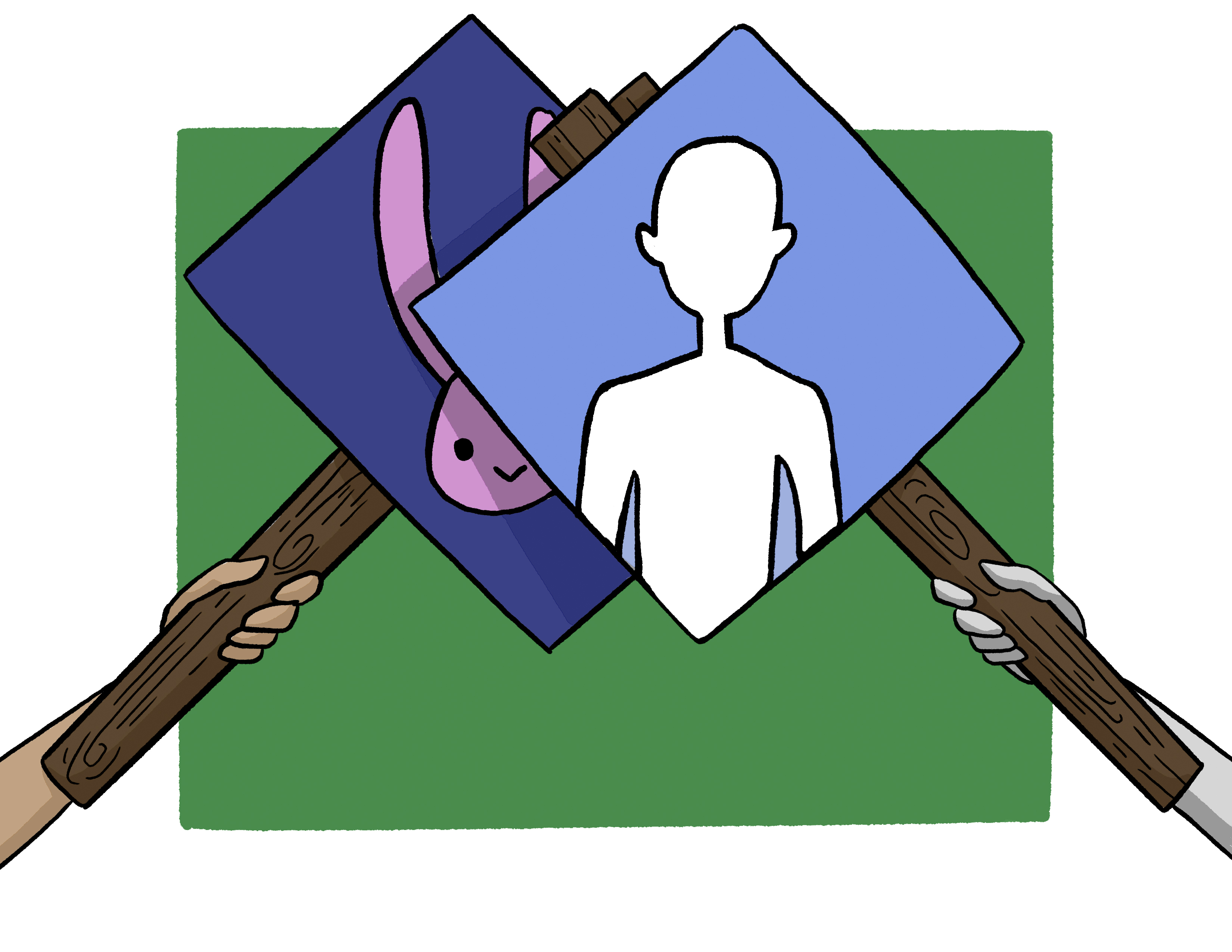