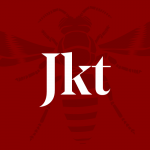 By The Editorial Board

Having the option to abort a pregnancy is a human right. This stance, of course, comes from the privileged mindset of those who have been reminded of this fact for their entire teenage lives. Growing up in a politically engaged city has the potential to shape one’s moral compass, especially when our city is located in one of the most liberal regions of California. At Berkeley High School (BHS), many students are closely following the abortion debate. Considering the progressive culture around sexual health at BHS, exemplified by the existence of resources such as Sexual Health Information From Teens (SHIFT) and the on-campus Health Center, the student body has shaped well-informed opinions on the matter. These opinions are no secret to society, nor farfetched to governing bodies.

State legislatures in Mississippi, Ohio, Georgia, and Alabama recently passed extremely restrictive abortion bans, all of which are designed to make their way through the federal court system so as to overturn the historic Roe v. Wade Supreme Court ruling, which allows abortions to be provided across the United States (US). Repealing such an important ruling has the potential to put the welfare of current and future Americans at risk.

Furthermore, abortion bans are not at all effective in eliminating abortions; if these laws are enacted, it will inevitably increase the amount of illegal abortions that take place. The need for abortion will not disappear because, for many women, it is their only option, especially for those who lack the money to support a child, rape victims, teen mothers, those in abusive relationships, and women whose health is put at risk by pregnancy. Because the need for abortions will persist, black market abortions will be at a higher demand, and these circumstances will make abortions significantly more dangerous. Yet, history shows that women will take these risks if pregnancy is not their best option.

If Roe v. Wade were to be overturned, both unemployment and poverty levels would increase. According to the Guttmacher Institute, 59 percent of women who have abortions are already mothers. Having a child is one of the largest financial expenses a person can take on. People of reproductive age who want abortions and do not have access will be forced to experience nine months of pregnancy against their will. Symptoms of this include nausea, vomiting, headaches, and more serious medical risks, not excluding death. Women may be forced to take time off or even quit their job during and after their pregnancy to take care of the baby, specifically because many employers do not supply sufficient maternity leave. Considering that in 2014, 49 percent of people who had abortions were below the federal poverty level, and 75 percent were considered low income, many of these women won’t have a salary to support the children they are already raising. Single mothers will be put in an especially terrible situation, and their chances of dropping below the poverty threshold will increase.

The passed legislation in Georgia and Alabama has the potential to make these terrible outcomes a reality in the US. The Georgia law defines a fetus, when the first heartbeat is detected, as a full person, meaning that an abortion at this time is murder in the eyes of the law. Any person who miscarries in this state can be subject to investigation. On the other hand, the Alabama law places most of the punishment on the doctor, outlawing the procedure entirely, with essentially no exceptions. A doctor who performs an abortion in Alabama can be charged with a Class A felony and faced with up to 99 years in prison. The criminalizing of abortions will inevitably lead to doctors entering the prison system, and women being treated as state property. The governing bodies of Alabama, Georgia, Ohio, and Mississippi are proving that women don’t have the right to control what happens to their bodies.

This is a scary time for Americans, especially for the youth. In six months, legal abortions will be entirely unavailable to all youth in Alabama. Students at BHS should feel lucky that our reproductive rights are not under attack, yet. We have been granted the privilege of choice, the right to our bodies.