A new bill that would allow firearms to be carried in sports arenas was recently proposed in Washington State. The bill was drafted by three Republican representatives in the Seattle legislature: Matt Shea and Bob McCaslin from the Spokane Valley, and David Taylor from Moxee.

The proposed bill states that the person carrying the gun must have a gun license, and that no local government, private or public owner of a stadium can prohibit individuals from bringing their weapons into the venue. If the bill were passed, it would directly affect many popular arenas including the Seattle venues SafeCo, the Mariners home field, and CenturyLink Field, the Seahawks and MLS Sounders home field.

Currently, it is not illegal to carry weapons into sports stadiums in Washington State, however, both SafeCo and CenturyLink field are owned by private companies that do not allow spectators to bring weapons into the arena.

Although the bill is unliely to pass in the near future due to Washington’s progressive legislature, many are worried that neighboring states governed by a more conservative majority could be inspired to pass similar legislation. The likelihood of such a bill passing in states like Idaho or Wyoming, which have little gun regulation, would be significantly higher.

The proposed bill is not in compliance with either National Football League (NFL) or the Major League Baseball’s (MLB) regulations. In 2013, the NFL developed national regulations prohibiting guns in stadiums.

Both the NFL and the MLB have implemented additional safety protocols, such as installing metal detectors meant to search for spectator weapons. In addition, the NFL currently has very strict rules about the objects that can be brought into  arenas.

At most events, attendees are not even allowed to bring a bag into the stadium in order to limit bomb threats. Due to a rise in the number of violent attacks involving guns, the proposed bill raises many safety concerns.

Since 2011, police have seen an increase in violence in sports stadiums nationwide. Many fans often drink before games, becoming rowdy and easily excitable, leading to violent fights.

A few years ago, the Kansas City Chiefs hosted the Oakland Raiders, and a fight broke out among fans in the Kansas City Arrowhead Stadium. The brawl was filmed and then went viral, leading to three arrests. To date, the Seattle area has not had significant problems with violence in stadiums, and the police make very few arrests at Seahawks games. The team has one of the lowest arrest records in the entire NFL, with only 0.8 arrests per game.

Representatives Matt Shea, David Taylor and Bob McCaslin did not respond to a request for an interview, and the National Rifle Association (NRA) did not provide respond to an interview request from the Jacket.

It’s likely that the three representatives are basing their proposal on the conviction that stadiums should comply with second amendment rights guaranteed to all citizens under the Constitution. Others in the pro gun lobby have also stated that guns being brought into public venues could be used as defense against unlawful violence or threats to public security. Berkeley High School Students for Gun Sense, an active student club on campus that focuses on being smarter and safer around guns, has a negative view of the bill. Student leaders Marin Frye and Roni Weissman said that “[The Republican representatives] are giving people the opportunity to cause even more damage. Lawmakers should be aware of the terrible threat this bill poses to everyone who attends sports games.” 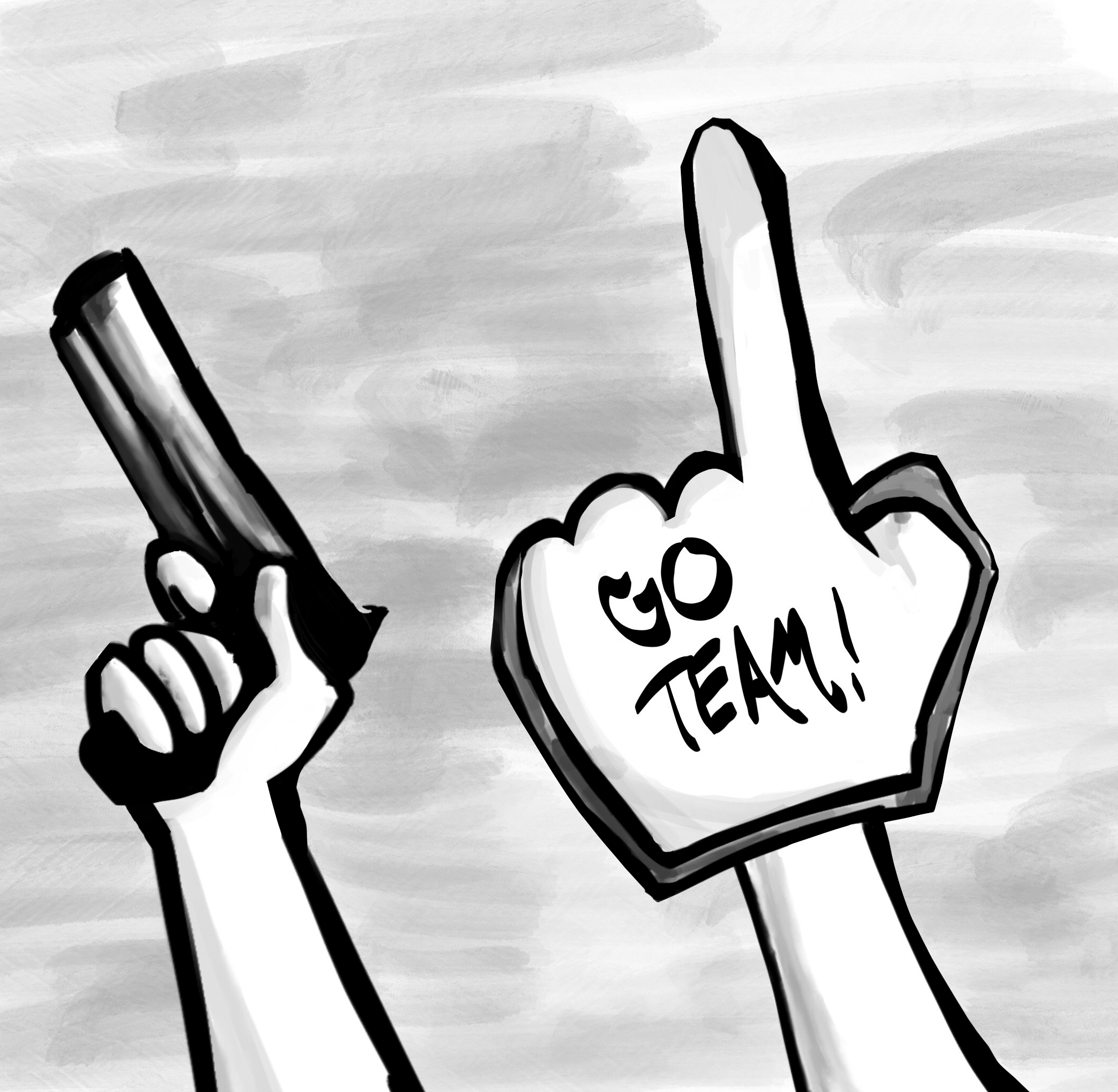