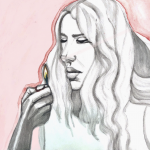 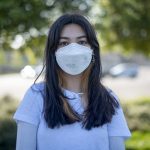 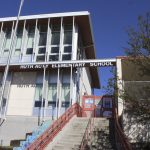 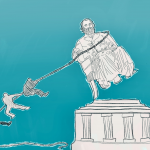 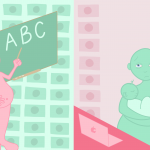 Arooj SaleemMLP: The Woman I Admire 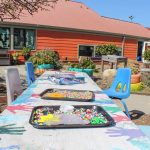 Relationships, by-and-large, are two-sided: a mutual exchange of energy and support between individuals. But what happens when they’re not? Parasocial relationships are defined by Wikipedia as relationships where “viewers or listeners [of mass media] come to consider media personalities as friends, despite having limited interactions with them.” The term “parasocial relationship” was coined by sociologists Donald Horton and Richard Wohl in 1956. At the time, they were referring to radio and television personalities, but today, the conversation mostly revolves around social media.

With the rise of sites like YouTube and Instagram came the rise of social media personalities known as “influencers,” who make their living through their fanbases, which often consist primarily of young people. Through these influencers’ carefully curated online personalities, many fans start to see them — whether consciously or not — as friends. This is probably the most widespread form of parasocial relationships nowadays.

In itself, this phenomenon isn’t necessarily a problem. Sure, parasocial connections are ultimately artificial, but illusions can have very real effects on the human brain. For some people, parasocial relationships can help with conquering the fear of rejection that stems from social anxiety, as well as alleviating feelings of loneliness and depression through the sense of connecting with another person.

However, therein also lies the main problem with parasocial relationships: when their participants start to see them as a substitute for genuine connection, they can be less likely to spend time with friends, which often leads to the very mental health problems they were trying to relieve. While engaging in these faux relationships can be beneficial, they’re no replacement for real friendship. Just like placebo treatments can’t cure cancer, placebo relationships can’t ultimately cure mental illness.

While engaging in these faux relationships can be beneficial, they’re no replacement for real friendship.

Along with the rising trend of teenage social media usage comes another trend; the amount of time teens spend with their friends in person has been steadily declining since the 1970s, according to the International Association for Relationship Research. The decline accelerated after 2010, as smartphones rose in popularity. Additionally, teens are now lonelier, more depressed, and more anxious on average, compared to past decades.

Now, it’s hard to say definitively that the advent of social media is linked to the rise in mental health issues among teens. It’s often difficult to determine the exact causes behind such trends. However, the COVID-19 pandemic has made abundantly clear the fact that we all need in-person connection to stay emotionally stable, and a Zoom call or text conversation is no substitute for a hug and an in-person chat. Therefore, it’s not much of a stretch to argue that teens spending more time on social media and engaging in parasocial relationships is damaging their mental health.

It’s also worth noting that parasocial relationships can be quite dangerous for influencers. They can cause fans to stalk, doxx, and generally invade influencers’ privacy and comfort in order to hunt them down and meet them.

Parasocial relationships can also lead to overidealized perceptions of influencers. When you only see the positive traits of someone, it’s easy to start to perceive them as flawless and infallible. As a result, whenever an influencer is called out for something problematic, their more devoted fans often jump to their defense and make excuses on their behalf, even when the criticism was warranted. This can hinder personal and creative growth in online celebrities.

So what should be done about parasocial relationships? Ultimately, they’re not the worst thing in the world, and they’re probably not going anywhere. Humans are social creatures, and it’s pretty natural for us to form connections with other people, artificial or otherwise. But, we must keep in mind the damage parasocial relationships can cause, and ensure that we don’t prioritize them over real relationships, or fall into harmful behaviors as a result of them. The online world can be pretty cool, but it’s no replacement for the real thing.