A warm buzz filled the exhibit, accompanied by the scents of dinner being served, as families and friends discussed the student artwork lining the walls.

Berkeley High School (BHS) is home to thousands of students with a wide variety of different abilities, interests, and hobbies. On Wednesday, February 12, students in the Arts and Humanities Academy (AHA) of BHS were able to show off the products of one of their favorite endeavors: the visual arts. The art presentation lasted from 6 PM to 8:30 PM at the Kala Art Gallery & Community Classroom.

The annual art show is a highly anticipated event for both the artists and the observers. “We all look forward to it every year,” said Abigail Pearson, a senior in AHA. It is an exciting opportunity for student artists to display their hard work in a professional manner.

Nico Migdal, another senior in AHA, said this exhibit is unique in comparison to other BHS art programs in that it separates itself from the school campus. “It lets us see our pieces in a professional [environment],” said Migdal. This professional aspect is an excellent form of preparation for AHA students, many of whom aspire to a career in art.

The students were not given a specific theme or assignment, and consequently many utilized this opportunity to make the art personal to themselves.

Pearson, similar to other artists, contributed artwork that she drew from her individual experience. Her five pieces revolved around the theme of childhood, both from her own personal experience and a more general one. Pearson was able to explore and delve deep into her different artistic abilities by including abstract art alongside more realistic art. The assignment was an opportunity to have fun, according to Pearson. Her process was “just to encourage less thought and more action.”

Sometimes, the student art is derived from pure curiosity and interest. Keown Carlson, a senior in AHA, described his trio of paintings on display as “abstraction from [his] mind.” Carlson was particularly interested in “carny” art, a genre of art focused on circuses, carnivals, and specifically clowns. “I think [the idea of freak shows] was always an idea that I’m attracted too. Just like people who are seen as not normal, have specific features that aren’t seen as normal,” he said.

Migdal also based her project on a concept that grabbed her interest. “I did how humans and plants interact through life and death,” she explained. Her art was inspired by her own experience with plants and maintaining them. “I wanted to eventually start looking at how plants take over human structures like abandoned buildings,” elaborated Migdal. In the blurb accompanying her artwork, she brought up the contrasting idea of how humans eat plants.

The Black Lives Matter movement was another inspiration for some pieces in the show, as it was the theme of the AHA juniors’ Interdisciplinary Project (IDP). As a whole, it was the centerpiece for one of the rooms of the exhibit. Each large wooden panel covered a different aspect of African American history and the Black Lives Matter movement, such as police brutality, Black LGBTQ+ heroes, important figures in the civil rights movement, and Hip Hop/Black Arts movement. Jacob and her group used splatter paint as a visual representation of Hip Hop culture and did research on Tupac Shakur and Amiri Baraka, two legendary figures in the movement, to create their art.

The student works presented at Wednesday’s show were products of long periods of hard work. Pearson recalled starting her work at the beginning of the school year. Carlson remembered working on his paintings for multiple sessions of over 6 hours. The patience, dedication, and effort was evident in all of the art lining the walls.

According to AHA students, being in their small school and contributing to galleries substantially contribute to their identities. While many AHA students can agree that they will always be artistic, they can also agree that their classes provide a great creative outlet for them and have influenced who they are as artists. Migdal said, “Being in [AHA] has let me think in a really creative way and it’s opened my eyes to a bunch of new things.” 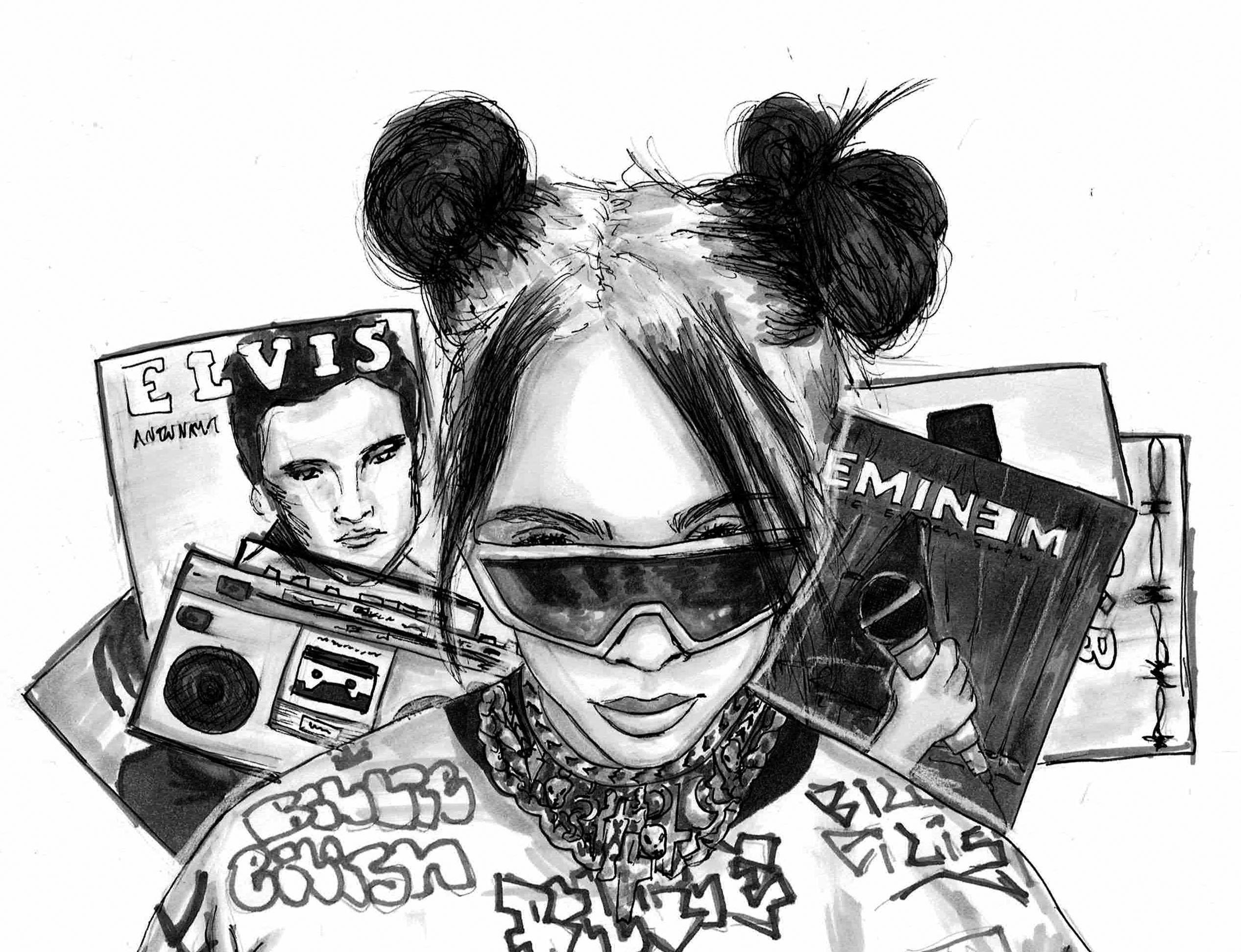