Ty Alper is one of five directors of the School Board of Berkeley Unified School District (BUSD). During his time on the school board, he has supported universal ninth grade, the expansion of Career and Technical Education (CTE) programs at Berkeley High School (BHS), and the implementation of restorative discipline in BUSD.

Alper and his wife both graduated from BHS. Two of his children attended BHS, and one is a BHS student. In addition to being a member of the School Board, he is a law professor at UC Berkeley, where he teaches law students how to represent inmates on death row.

“I am proud of revisions [the school board] made to its discipline policy to try to reduce racial disproportionality in discipline that’s imposed throughout the district,” Alper said. He is also proud of the school board’s investment in restorative justice and CTE programs at BHS in particular. He said the fact that on in three students at BHS were taking CTE courses reflected the district’s preparing students for college and career. The district also recently hired a full-time CTE coordinator.

“The reason why I ran for school board in the first place, and my … focus, is to promote equity and excellence across all of our public schools,” said Alper. Alper said he loves hearing from students about ways they think the board could better serve them. Alper said equity means all children in public schools have an equal opportunity to succeed, regardless of their socioeconomic background. Alper said he believes that public education can level the playing field, but effort is needed for it to meet that end.

Arvin Hariri, BHS’s student representative on the board, said Alper was the only member who reached out to him to meet after being appointed to the board. “He’ll make sure that everyone’s … up to speed and that we’re all educated board members,” said Hariri. 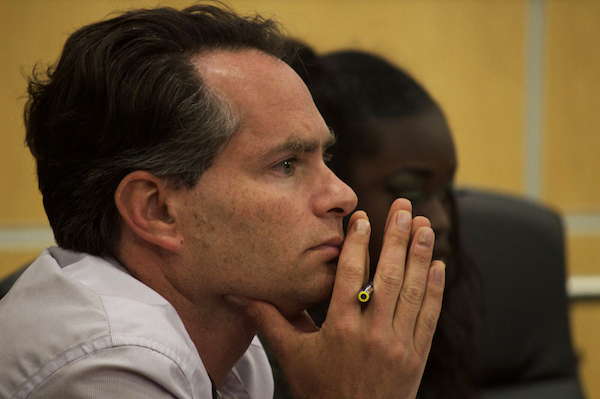