If you go to Berkeley High School (BHS), there is a near certainty that you’re familiar with e-cigarettes commonly known as vapes. You are also likely to have heard reports of several vaping-related deaths occurring nationwide. Consequently, these deaths have drawn attention to the health risks of e-cigarettes. Since e-cigarettes only burst onto the scene recently, no trustworthy long-term studies have been done on their health risks. However, the limited research that has been done points to e-cigarettes not being as harmful as normal cigarettes, but still having significant health risks. For example, e-cigarette vapor contains at least four known carcinogens. While many are in very small amounts, combined they could pose serious health risks. Vapes also have negative effects on lung function. One study found that one’s lungs have weakened airflow after only five minutes of vaping. Although they aren’t as bad as cigarettes, vapes still have the potential to be very unsafe.

This would be less of a problem if e-cigarettes were used only by smokers trying to quit, like Juul and other vape companies claim. However, e-cigarette use has rapidly risen among teens and young adults, who are not using it as a mechanism to quit smoking. A 2018 survey from the National Institute of Health found that nearly 40 percent of 12th grade students reported vaping in the past year. It is likely that the many teen users of e-cigarettes will have serious health problems, so something must be done to stop this.

The question of what governments should do is an extremely complex one. Is it just to deny vapes to those using them to quit smoking in order to protect teens? Do full-on bans even work? These are seemingly intractable questions which cannot be answered easily. Answering them is also relatively useless, since people with much more knowledge and resources are already trying to solve them, and the Jacket  — unfortunately — has few readers with power to control drug policy. A more useful question to answer is: what can school administrators and students do?

Beyond the bare minimum of attempting to punish e-cigarette use on campus, BHS is not doing nearly enough to prevent use in the future. Not enough awareness work has been done by the administration, student leadership, or any clubs. The only memorable action taken last year was a series of black and white signs with the word “Juul” under an Adidas logo, which was hardly convincing. A well-done awarness campaign would be extremely effective. It would only take a brief announcement at the end of a school-wide assembly or a few classroom visits to convince a large number of students to avoid vapes. Stronger enforcement could also be used, although if  poorly implemented it could be easily evaded, unequally enforced, or overly punitive towards students.

Little is known about the health effects of e-cigarettes, but we do know that they are almost certainly harmful to one’s health. Because of this, the BHS administration, leadership, and other campus groups have an obligation to take initiative to reduce e-cigarette use. Doing so would be in the best interest of all BHS students, and make us healthier not just in high school, but throughout our lives. 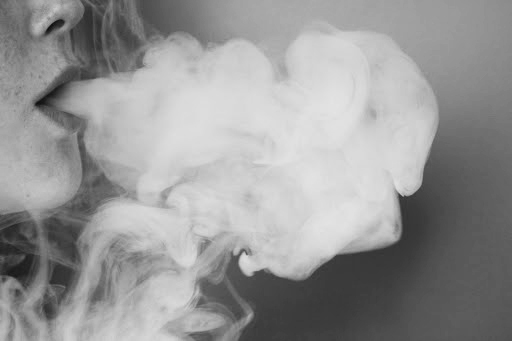